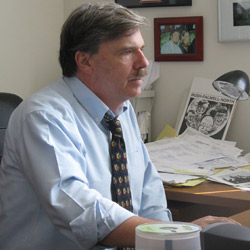 Despite President Trump’s well-known trouble with the truth, his White House now says “trust us” on its Syrian-sarin charges while withholding the proof that it claims to have, reports Robert Parry.

After making the provocative and dangerous charge that Russia is covering up Syria’s use of chemical weapons, the Trump administration withheld key evidence to support its core charge that a Syrian warplane dropped sarin on a northern Syrian town on April 4.

A four-page white paper, prepared by President Trump’s National Security Council staff and released by the White House on Tuesday, claimed that U.S. intelligence has proof that the plane carrying the sarin gas left from the Syrian military airfield that Trump ordered hit by Tomahawk missiles on April 6.

The paper asserted that “we have signals intelligence and geospatial intelligence,” but then added that “we cannot publicly release all available intelligence on this attack due to the need to protect sources and methods.”

I’m told that the key evidence was satellite surveillance of the area, a body of material that U.S. intelligence analysts were reviewing late last week even after the Trump-ordered bombardment of 59 Tomahawk missiles that, according to Syrian media reports, killed seven or eight Syrian soldiers and nine civilians, including four children.

Yet, it is unclear why releasing these overhead videos would be so detrimental to “sources and methods” since everyone knows the U.S. has this capability and the issue at hand – if it gets further out of hand – could lead to a nuclear confrontation with Russia.

In similarly tense situations in the past, U.S. Presidents have released sensitive intelligence to buttress U.S. government assertions, including John F. Kennedy’s disclosure of U-2 spy flights in the 1962 Cuban Missile Crisis and Ronald Reagan revealing electronic intercepts after the Soviet shoot-down of Korean Airlines Flight 007 in 1983.

Yet, in this current case, as U.S.-Russian relations spiral downward into what is potentially an extermination event for the human species, Trump’s White House insists that the world must trust it despite its record of consistently misstating facts.

In the case of the April 4 chemical-weapons incident in the town of Khan Sheikhoun, which reportedly killed scores of people including young children, I was told that initially the U.S. analysts couldn’t see any warplanes over the area in Idlib province at the suspected time of the poison gas attack but later they detected a drone that they thought might have delivered the bomb.

According to a source, the analysts struggled to identify whose drone it was and where it originated. Despite some technical difficulties in tracing its flight path, analysts eventually came to believe that the flight was launched in Jordan from a Saudi-Israeli special operations base for supporting Syrian rebels, the source said, adding that the suspected reason for the poison gas was to create an incident that would reverse the Trump administration’s announcement in late March that it was no longer seeking the removal of President Bashar al-Assad.

If indeed that was the motive — and if the source’s information is correct — the operation would have been successful, since the Trump administration has now reversed itself and is pressing Russia to join in ousting Assad who is getting blamed for the latest chemical-weapons incident.

Presumably, however, the “geospatial intelligence” cited in the four-page dossier could disprove this and other contentions if the Trump administration would only make its evidence publicly available.

The dossier stated, “Our information indicates that the chemical agent was delivered by regime Su-22 fixed-wing aircraft that took off from the regime-controlled Shayrat Airfield. These aircraft were in the vicinity of Khan Shaykhun approximately 20 minutes before reports of the chemical attack began and vacated the area shortly after the attack.”

So, that would mean – assuming that the dossier is correct – that U.S. intelligence analysts were able to trace the delivery of the poison gas to Assad’s aircraft and to the airfield that Trump ordered attacked on April 6.

The photograph released by the White House of President Trump meeting with his advisers at his estate in Mar-a-Lago on April 6, 2017, regarding his decision to launch missile strikes against Syria.
The White House photo released late last week showing the President and a dozen senior advisers monitoring the April 6 missile strike from a room at his Mar-a-Lago estate in Florida was noteworthy in that neither CIA Director Mike Pompeo nor Director of National Intelligence Dan Coats was in the frame.

Now, it is the White House that has released the four-page dossier supposedly summing up the assessment of the “intelligence community.”

The dossier also seems argumentative in that it assumes that Russian officials – and presumably others – who have suggested different possible explanations for the incident at Khan Sheikdoun did so in a willful cover-up, when any normal investigation seeks to evaluate different scenarios before settling on one.

On April 6, before Trump’s missile strike, I and others received word from U.S. military intelligence officials in the Middle East that they, too, shared the belief that the poison gas may have resulted from a conventional bombing raid that ruptured containers stored by the rebels, who – in Idlib province – are dominated by Al Qaeda’s affiliate and its allies.

Those reports were cited by former U.S. intelligence officials, including more than two dozen who produced a memo to President Trump urging him to undertake a careful investigation of the incident before letting this crisis exacerbate U.S.-Russia relations.

The memo said “our U.S. Army contacts in the area” were disputing the official story of a chemical weapons attack. “Instead, a Syrian aircraft bombed an al-Qaeda-in-Syria ammunition depot that turned out to be full of noxious chemicals and a strong wind blew the chemical-laden cloud over a nearby village where many consequently died,” the memo said.

In other words, to suggest possible alternative scenarios is not evidence of a “cover-up,” even if the theories are later shown to be erroneous. It is the normal process of sorting through often conflicting initial reports.

Even in the four-page dossier, Trump’s NSC officials contradicted what other U.S. government sources have told The New York Times and other mainstream news outlets about the Syrian government’s supposed motive for launching the chemical-weapons attack on the town of Khan Sheikhoun.

According to the earlier accounts, the Syrian government either was trying to terrorize the population in a remote rebel-controlled area or was celebrating its impunity after the Trump administration had announced that it was no longer seeking Assad’s removal.

But the dossier said, “We assess that Damascus launched this chemical attack in response to an opposition offensive in northern Hamah Province that threatened key infrastructure.”

Although Khan Sheikhoun was not near the fighting, the dossier presented the town as an area of support for the offensive.

Assuming this assessment is correct, does that mean that the earlier explanations were part of a cover-up or a propaganda operation? The reality is that in such complex situations, the analyses should continue to be refined as more information becomes available. It should not be assumed that every false lead or discarded theory is proof of a “cover-up,” yet that is what we see here.

“The Syrian regime and its primary backer, Russia, have sought to confuse the world community about who is responsible for using chemical weapons against the Syrian people in this and earlier attacks,” the dossier declared.

But the larger point is that – given President Trump’s spotty record for getting facts straight – he and his administration should go the extra mile in presenting irrefutable evidence to support its assessments, not simply insisting that the world must “trust us.”

[In a separate analysis of the four-page dossier, Theodore Postol, a national security specialist at the Massachusetts Institute of Technology, concluded that the White House claims were clearly bogus, writing:

“I have reviewed the document carefully, and I believe it can be shown, without doubt, that the document does not provide any evidence whatsoever that the US government has concrete knowledge that the government of Syria was the source of the chemical attack in Khan Shaykhun, Syria at roughly 6 to 7 a.m. on April 4, 2017.

“In fact, a main piece of evidence that is cited in the document points to an attack that was executed by individuals on the ground, not from an aircraft, on the morning of April 4. This conclusion is based on an assumption made by the White House when it cited the source of the sarin release and the photographs of that source. My own assessment, is that the source was very likely tampered with or staged, so no serious conclusion could be made from the photographs cited by the White House.”]

Investigative reporter Robert Parry broke many of the Iran-Contra stories for The Associated Press and Newsweek in the 1980s.