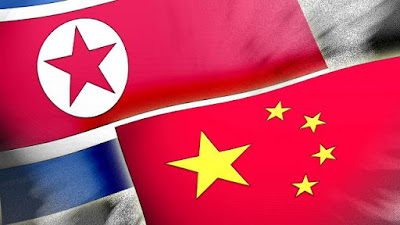 Beijing has dismissed any political motive behind the cancellation of flights to Pyongyang, amid speculations that the move was intended to pressure North Korea over its missile program.

The rejection came on Monday after Chinese state broadcaster CCTV announced three days earlier that Air China, the country’s flag carrier, had suspended its Beijing-Pyongyang route in the wake of escalating tensions on the Korean Peninsula involving the United States.

Chinese Foreign Ministry spokesman Lu Kang said the decision was purely "market-based,” and that, "It's natural for Air China or other airlines to make such decisions … There shouldn't be over-interpretation of this issue."

A customer service representative for the Chinese carrier also said that the flights had been called off due to low demand.

"Air China has not suspended operations for the Beijing-Pyongyang route," the official said. "These flights were canceled based on ticket sales."

Moreover, major travel agencies in China have recently stopped offering tours to North Korea due to lack of financial interest.


A state-run Chinese daily says Beijing would protect the North Korean government and people if Pyongyang gave up its nuclear program.

“As soon as the [sic] North Korea complies with China’s declared advice and suspends nuclear activities... China will actively work to protect the security of a denuclearized North Korean nation and regime,” read an editorial published in the Chinese-language daily Global Times on Thursday.

“This is Pyongyang’s best option,” it said.

The Global Times is published by the People’s Daily, which is the Chinese Communist Party’s official paper.

North Korea maintains that its nuclear program guarantees its security, including by deterring a potential invasion by the United States or South Korea, or both. Washington and Seoul have been holding annual military drills on the Korean Peninsula. Pyongyang calls those drills rehearsals for invasion and has been rapidly developing missile and nuclear military programs in return.

Tensions have reached potentially dangerous levels recently. The US has dispatched a strike group, including a large aircraft carrier, to the Korean Peninsula. North Korea has said it is ready for war.

The rising tensions and the prospect of a potential confrontation on China’s doorstep may have been the reason why Beijing has now stepped forward to offer protection for North Korea and demand a dismantling of Pyongyang’s nuclear program in return. China has also had its reservations about the advancing nuclear program itself, a potential game changer in the region.

The offer to protect North Korea, while capable of defusing the recent tensions, could theoretically put China in a position to fight off any and all future aggressors on North Korea’s behalf. It was not clear how far China would go in doing that.

It was also not immediately known what guarantees China would be willing to offer to protect North Korea if Pyongyang did agree to end its military nuclear program. No details were available on what would happen to North Korea’s missile program, either.