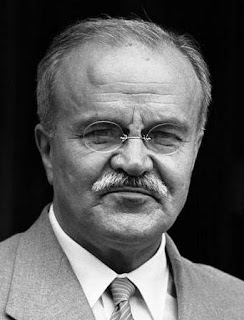 In April 23, 2017, on the territory not controlled by forces of Lugansk Peoples’ Republic (LPR), the car with OSCE monitoring mission personnel was exploaded.

The OSCE personnel were in the process of check in the bordering area.

As the result of this terror attack, one OSCE personnel member, a UK citizen has died.

It was actually reported earlier by the LPR State security Ministry representatives, that from the beginning of April 2017, on the territory bordering the LPR, under control of Ukrainian troops, the 8th regiment of Ukrainian special forces is very active.

Also, as it is known from the open sources, the Ukrainian artillery have started severe shelling of the area there the OSCE car explosion has occurred straight after the explosion. That is another evidence that Ukrainian side does not want anyone to investigate in that area, especially the LPR investigators, to find the details about the terror act.

By the opinion of the Eastern Ukraine peace solution contact group member, Mr. Miroshnik, the OSCE car has been exploded by Ukrainian special forces “for the purose of raising on international level the question of entering some international armored mission troops to Donbass”.

That “international forces” will have the purpose of covering the assault of Ukrainian troops against the Peoples’ republics of Donbass.

Along with this, the LPR security states that by their information, in the city of Lugansk and in the area some of the sabotage groups from the 8th regiment of Ukrainian special forces thet have their task to destabilize the situation in the LPR and to provoke the armored forces of the Republic to the actions in responce only to secure their frontier.

That can be use by the authorities of Kiev to blame Lugansk in violation of the Minsk agreement.

Taking into consideration all the above mentioned, we expect the escalation of pressure onto Donetsk and Lugansk Peoples’ Republics (DPR and LPR) in the nearest time that may result in a full scale Ukrainian assault against them in the middle of May or beginning of June 2017.

This military actions of great scale will have purpose to withdraw as much as possible media attention from US led military coup in Philippines and, possibly, NATO military assaults against Iran.