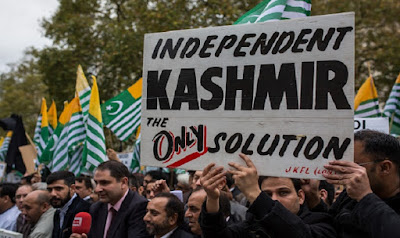 It is rather more commendable that the step is taken jointly by the three revolutionary organizations active in Punjab.

Our organization CPRCI (ML) firmly stands for the cause of this convention.

We express our solidarity with the people of Kashmir, waging courageous and perilous struggle for their rights and justice against the military oppression by the Indian ruling classes.

We send them revolutionary salute. As we share our concerns, through you, with the comrades / friends attending the convention, we want to repeat our firm belief that a possibility of wider response to show solidarity with people the of Kashmir is still present.

(Not on the issue of supporting the people of Kashmir alone, but on many other issues pertaining to the revolutionary / pro-people cause).

We hope that adopting a principled yet flexible approach, all of us advance further on the path of coordinated / joint endeavors.

The issue of freedom of Kashmir is present since the division of India in 1947. Using the military might, Kashmir was divided and occupied, on the one side by the Indian rulers and on the other side by the Pakistani rulers.

The situation has been explosive for about two and half decades. About one hundred thousand people have been killed. The number of those injured, missing and tortured in the police and military camps is far bigger. About seven hundred thousand army personnel are stationed in Indian occupied Kashmir; it's a war like situation there.

The rulers strive to suppress people's fury with force of the gun, but it erupts in flames time and again. For around three weeks, the situation is out of control of the army of the Indian rulers.

Despite the curfews, the firings and the ban on internet and newspapers, people come out on the streets in thousands and clash with the army.

The widespread participation of people in these protests and clashes is exemplary. Around 50 people have been killed and hundreds are injured, but nothing can stop the rage of people the.

In Punjab as well as in the country and abroad, voice is being raised in support of the people of Kashmir.

To encourage this positive response and to lend a hand to the joint endeavor, our Party is at the ready. 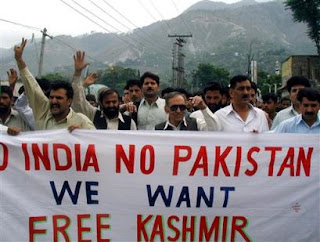 We stand for the joint endeavor by all the communist revolutionary and revolutionary democratic forces - the endeavor to arouse the people of entire India in support of the struggling people of Kashmir; the endeavor through which we can move forward on the path of establishing the unity of people the of entire India, so as to defeat the exploiting, oppressing and imperialist-lackey Indian rulers and abolish this anti-people state. -

Down with the blatant national chauvinism and expansionism of the entire ruling classes and their parties. -

Down with the Indian rulers who are trampling down various nationalities under the name of integrity of India. -

Down with the Indian rulers who are feverishly plundering and oppressing the entire working people all over India. -

Down with the Hindu communal fascist trend of RSS-BJP. - Long live the democratic unity of all the people against the feudal and comprador-capitalist Indian rulers.