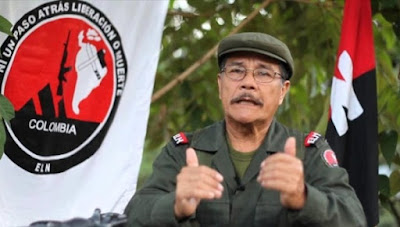 The head of Colombia's National Liberation Army, or ELN, penned an open letter to members of the Revolutionary Armed Forces of Colombia – the FARC – wishing them success on the journey toward becoming a legal political organization.

“To all of you, our fraternal embrace and we continue to wish you success in the path taken to become a legal organization or political movement,” read the letter by Nicolas Rodriguez Bautista, the head of the ELN.

In his letter, Bautista detailed the reasons why the ELN has not yet entered into formal talks, stating that they doubt the government's commitment to peace.