IRELAND’S President Michael D Higgins told an assembled crowd in Effrinagh, County Leitrim that an apology is due to communist James “Jimmy” Gralton, the only Irish person ever to be deported by an Irish government.

The president was speaking as he unveiled a memorial to Jimmy Gralton at the birthplace of the Leitrim communist last weekend.

The large crowd cheered President Higgins as he condemned “the wrongful intimidation and ultimate deportation by an abuse of the law of Jimmy Gralton to whose memory, and whose family, an apology is due.

“Jimmy Gralton’s treatment at the hands of the Irish state and its agencies in 1932 was wrong and it is indefensible, and I hope that even at this distance of time the recognition that is being afforded to him today will remove any lingering stain on his fine character.” 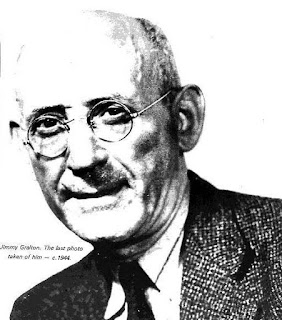 President Higgins went on say that as head of state, he acknowledged that the state’s authority was abused under undemocratic pressure when Gralton was deported. “Church authorities have previously acknowledged the wrong done to Jimmy Gralton. I do so now as President of Ireland.”

Today Gralton is probably most widely known as the subject of Ken Loach’s 2014 film Jimmy’s Hall.

He campaigned for the rights of tenant farmers and workers, repeatedly clashed with the clergy and mainstream politicians, and joined the Revolutionary Workers’ Group, a predecessor to the Communist Party of Ireland.

Finally, in August 1933 he was deported by the Fianna Fail government as part of a vicious anti-communist crusade by the massively powerful Catholic Church.

The erection of the granite memorial this month is the culmination of a long and vigorous campaign by local activists, trades unionists, Communist Party of Ireland members, local people and members of the Gralton family. All were present in the huge crowd at the unveiling.

In a message of solidarity read to the gathering, Ken Loach said he regretted not being present for the celebration of Gralton’s life. The director said it was tempting to imagine Gralton’s response to the news about Apple’s tax avoidance: “How he would have excoriated the deal.”

Jim Gralton (80), a cousin of the original Jimmy, told the audience that the President’s comments “meant everything”. He said it was a proud and very special day for the family, who believed an apology from the state was overdue.

He told how his parents Maggie and Packie had witnessed Jimmy Gralton’s deportation in 1933 and “little did they think that 83 years later the president of Ireland would be unveiling a monument to his memory”.

The secretary of the Gralton Labour History Committee, Sligo county councillor Declan Bree, commended the president for “saying what others feared to say.”

The impressive granite memorial stone tells the story of Gralton’s life as a socialist, communist and campaigner. It marks the spot where Jimmy opened the Pearse-Connolly Hall on New Year’s Eve 1921. 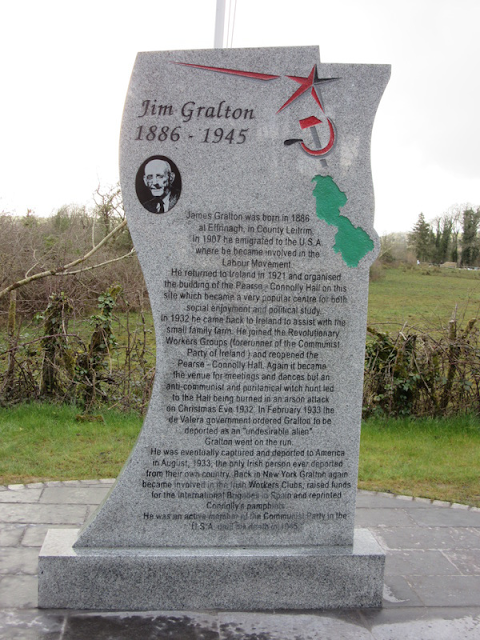 The local community used the hall for dances and for all kinds of education classes. Jimmy also held political events which angered local priests who described the hall as a “den of iniquity.”

This criticism led to the hall being targeted by those elements in Irish society who hated to see people organising entertainment and education for themselves rather than under the strict control of the Church.

Jimmy’s enemies attacked the hall with bombs, gunfire as well as picketing to collect names of those attending. The names were read out at Sunday mass. Finally, the hall was burned to the ground in December 1932.

Jimmy Gralton was born into poverty, in Effernagh, near Carrick-on-Shannon, County Leitrim, in 1886. He left school at 14 to join the British Navy and at 21 he went to the US, where he played an active part in trade union activity discovering socialist politics.

He returned to Ireland in 1921, just before the Anglo-Irish Treaty was signed, and built his famous hall on his father’s small farm.

His radicalism and socialist ideas saw him fall out, not just with the Church, but also with sections of the local IRA. Somewhat disheartened he went back to the US in 1923.

When Eamon de Valera came to power in 1932. He returned to Ireland briefly throwing in his lot with de Valera’s Fianna Fail.

He hoped it would be a radical alternative. He was soon disillusioned.

By now a huge Red Scare was stalking Ireland. Eoin O’Duffy would launch his fascist Blue Shirts. One of their main principles was to oppose communism and to uphold Christian principles.

Soon O’Duffy would take some of his fascists to Spain to fight for Franco.

Religious fervour and rabid anti-communism emanated from both Church and state. An official church pronouncement even urged violence against anyone who promoted communism. The order went out to arrest Jimmy Gralton. 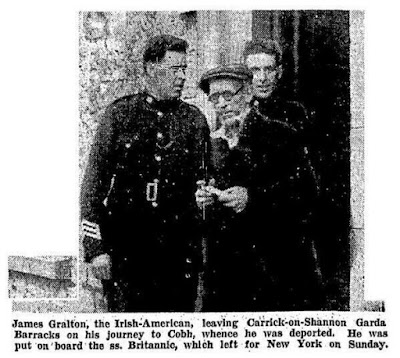 He had no alternative but to go underground. He lived, worked and organised for six months, being feed and sheltered by his many supporters, but after six months the Garda — the Irish Police — tracked him down.

So afraid were the authorities of Jimmy that, without any trial or enquiry, they simply put him on a ship to the United States.

He wasn’t even given a chance to say goodbye to his mother.

In exile in New York, Gralton became a trade union organiser and member of the Irish Workers’ Club.

He reprinted James Connolly’s pamphlets, raised funds for the International Brigades in Spain, and was an active member of the Communist Party of the USA for the remainder of his life.
Galton died in New York in 1945 without ever returning to Ireland.