On March 17th 2015 Democracy and Class Struggle in an Editorial wrote :

The US Empire routinely lies and as Lenin perceptively remarked deception and self deception are the hallmarks of bourgeois politics. 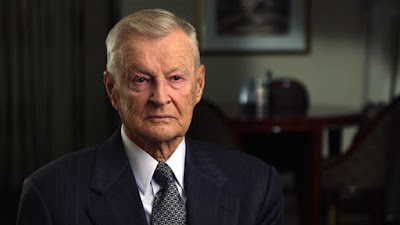 
The Pentagon is to propose quadrupling its budget for European defence in 2017 in the light of "Russian aggression", US Defence Secretary Ash Carter says.

He described Russia as a growing challenge for the US.


Relations between Russia and the West have plummeted since vote by Crimea to return to Russia.

Mr Carter said increased funds would allow greater numbers of troops to be deployed to European bases, as well as more training and exercises with allies.

"We're taking a strong and balanced approach to deter Russian aggression," he said. "We haven't had to worry about this for 25 years, and while I wish it were otherwise, now we do."

The Pentagon's proposed 2017 defence budget will include $3.4bn for its European Reassurance Initiative - up from $789m for the current budget year.

The initiative is to demonstrate US commitment to its Nato allies in Europe amid increasing concern about Russia's intentions after its military involvement in Ukraine.

On a trip to Eastern Europe last year, Mr Carter announced that the US would position 250 tanks, armoured vehicles and other military equipment across six former Soviet bloc nations.

US Air Force F-15E Strike Eagle at Incirlik Air Base, Turkey, deployed in support of counter-IS missions in Iraq and Syria. Nov 2015

As well as Russia, Mr Carter highlighted Chinese assertiveness over disputed islands in the South China Sea as a growing concern for the US.

"Key to our approach is being able to deter our most advanced competitors," he said.

"We must have - and be seen to have - the ability to impose unacceptable costs on an advanced aggressor that will either dissuade them from taking provocative action or make them deeply regret it if they do."

Mr Carter also said the Pentagon aimed to spend $8.1bn on undersea warfare systems in 2017 and more than $40bn over the next five years.

He was speaking a week ahead of the formal rollout of the Pentagon's 2017 budget.

I strongly urge the Peruvian and Welsh comrades to study carefully the six new resolutions of the Revolutionary Communist Party, USA: