Turkey : We will demand a reckoning from the AKP! from Halk Cephesi 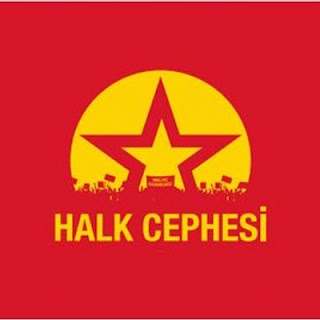 We will demand a reckoning from the AKP!

AKP (the ruling party in Turkey) fascism is spilling blood both day and night! While in Kurdistan the Kurdish people, old and young, youth, women and children continue to resist, the AKP use the label of “terrorist” in an attempt to legitimise and normalise the massacres they are committing.

They are killing a dozen at a time, a hundred at a time. In the space of two hours, this fascist government ensured the death of as many as 60 injured people. The people of Cizre, even youth and children, are being massacred with fire and bullets.

In Sur, Silopi and Cizre, the people are continuing to resist, despite the laws banning people from going out into the streets! The government says it is continuing its operations and will even prevent funerals from being held. The whole world knows what the AKP is doing now. They will continue to massacre until there is not one person still resisting in Kurdistan! But you cannot stand against the people.

Our people will give the necessary answer to the imperialist puppets. You will give a reckoning for those that you have slaughtered. And killing us is not as simple as all that! You will not be able to stand up to the people’s anger. You will be buried under the massacres you have committed against the people after your lies about seeking a solution, after your ballot box distractions. The peoples of the world have thrown your teachers into the dustbin of history and you will share the same fate. The people’s anger will suffocate you!

This is our call to all the peoples of the world, we will not remain silent in the face of all these massacres!

We will drown fascism in the blood it has spilled!