Thousands of soldiers from regional countries are set to participate in a military maneuver in Saudi Arabia, media reports say.

Saudi media said some 350,000 forces from the Persian Gulf Arab states and a number of other countries will take part in the Saudi-led military maneuver in the area of Hafer al-Batin in northern Saudi Arabia.

Some 2,540 warplanes, 20,000 tanks and 460 helicopters will also participate in the exercise, dubbed “North Thunder.”

In 18 days of maneuvers, the airspace over northern Saudi Arabia will be closed.

Media reports say the maneuver will be the largest throughout the history of the region.

Egypt, Sudan, Pakistan and Persian Gulf Arab states are among the 25 countries that will take part in the military exercises.

The maneuver comes at a sensitive time after Saudi Arabia announced readiness to participate in any ground incursion in Syria if the US-led coalition decides to start such an operation.

Saudi Arabia is a member of the US-led coalition that has been conducting air raids inside Syria. The airstrikes have been going on without any authorization from the Syrian government or a UN mandate since September 2014.

The Saudi maneuver is believed as preparation for a possible ground incursion into Syria.

Reacting to a potential troop deployment, Syrian Foreign Minister Walid al-Muallem said Saturday, “Let no one think they can attack Syria or violate its sovereignty because I assure you any aggressor will return to their country in a wooden coffin.”

Pavel Krasheninnikov, a deputy of Russia’s State Duma, has warned Saudi Arabia that any military ground operation in Syria without Damascus’ consent would amount to a declaration of war. 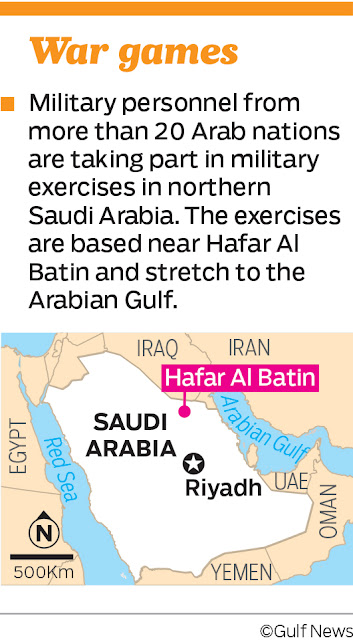 NOTE : This is the first time we have used Tru News as Source so we have checked out the Operation Northern Thunder story and it  is validated from numerous sources.

Tru News are a fundamentalist Christian organisation with an apocalyptic view of Middle East similar To ISIL nevertheless their reports on Operation Northern Thunder are accurate and Western Media is ignoring this new provocation against Syria.

We also note that the South Front Source of Military Information of war in Syria has been under attack by Facebook and clearly there are forces that want to close down this source.

Also we now know where the 350,000 soldiers are coming from in answer to the question poised by Col. Wilkerson

The comments I have seen on this are that if we reach 1 March without WWIII then we can breathe a little easier.