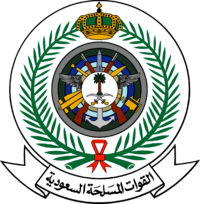 The American Defense One website published on Tuesday a report entitled

“Start preparing for the collapse of Saudi kingdom” in which the authors asked the US administration to be ready to the next stage that will witness the fall of the Al-Saud regime.

The report, authored by Sarah Chayes — former Chancellor of the chairman of the US Joint Chiefs of Staff and participant in Carnegie Foundation — and Alex de Waal — researcher, academic and an expert on Arab and African Affairs — revealed that the decision-makers in Washington have already begun planning for the stage of the Saudi Kingdom collapse.

The report argued that Saudi Arabia is not a real state, but rather “a political enterprise with a clever but ultimately unsustainable business model, as if the Saudi king is CEO of a family business that converts oil into payoffs that buy political loyalty.

They take two forms: cash handouts or commercial concessions for the increasingly numerous scions of the royal clan, and a modicum of public goods and employment opportunities for commoners.”

Regarding the second form of buying political loyalties, the report by Defense One – known for its close relations with the US Defense Department, indicated a “highly educated Sunni majority, with unprecedented exposure to the outside world, is unlikely to stay satisfied forever with a few favors doled out by geriatric rulers impervious to their input.”

The authors asked what if “the price of political loyalty” rises, where the political market functions according to demand as well as supply, particularly when such fears accompany an expanded oil production in the face of such low prices, which may reflect an urgent need for revenue as well as other strategic imperatives.

The oil policy, which was adopted in Riyadh in the past months, unfolds the inability of the Saudi regime to continue with the game, which means that the Saudis have approved to determine the export quantity, the report concluded.


Translated from the Arabic by Ziad A. Fadel, Michigan Supreme Court Certified translator for Arabic/English:

THE KINGDOM OF SAUDI ARABIA

Subject: Review of going to war in Syria

His Highness, Heir Apparent, Deputy Chairman of the Council of Ministers, Minister of the Interior,

We are experts within the Saudi Armed Forces and because of our commitment to (our) responsibility for the faith, the king, and country, we inform Your Highness that “Operation Decisive Storm” has not accomplished all the goals desired because the Arab forces were unable to perform their tasks and, thus following up on that, taking into consideration the complicated situation in the region, sending forces to Syria is going to result in convulsing our national stability followed by extremely dangerous consequences.

Thus, this will need more study.  We hope Your Highness will adopt what you see as appropriate for the national interest.