The Kurdistan Freedom Hawks (TAK), a Kurdish militant group, has claimed responsibility for the Ankara bombing that killed 28 people this week, according to its website. It said the attack was in retaliation for Ankara’s military operation in Turkey's southeast.

The TAK, which is a splinter group of the outlawed Kurdistan Workers’ Party (PKK), vowed to continue its attacks.

The militant group claimed in the statement published on Friday that the Ankara blast was carried out to avenge the“defenseless and wounded civilians brutally massacred in basements in Cizre.”

“Everyone should know that those who ordered the massacre of civilians were responsible for the Ankara incident.”


TAK in December 2015, announced that they are not dependent on PKK, which they see as an organization that they criticize as too humanist. 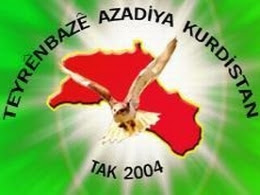