USA : Organised Crime in US Politics from Murray the Hump to Donald Trump 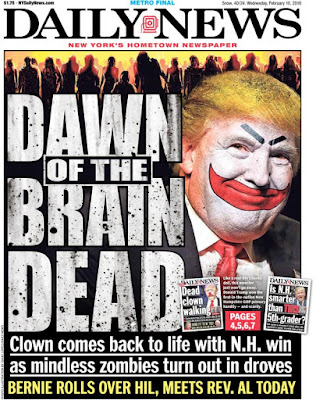 The rise of Donald Trump reminds Democracy and Class Struggle of  Murray Humphreys and how the Mob organised  the election of Harry Truman in 1948 and organised crimes involvement with US Politics.

Interesting that Murray Humphreys was of Welsh decent and Donald Trump claims Scottish decent - from the Hump to the Trump its the same old American Election Story..

PS The bird that whispered in Pete Santilli's ear about Donald Trump was probably FBI has he has known associations with them.

We in no way approve of Santilli's politics has he has a pro capitalist agenda that serves the same system as Donald Trump albiet with the approval of the US Deep State as aleady exposed by Anonymous.

The  exposure of Donald Trump by Santilli  in our view reflects current internecine infighting in the US Deep State about Donald Trump with the FBI firmly against him. 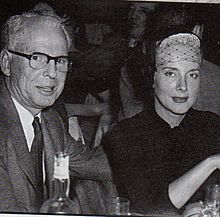 The big cities of America have always been afflicted by political skull duggery.

Gamblers, mobsters and crooked politicians had a natural affinity which was strengthened because the crooks put their money behind their mouth. Honest people had no reason to make contributions.
The Chicago history was as bad as the infamous Pendergrast machine in New York City. Bathhouse Coughlin and Hinky Dink ruled in Chicago in the old days and were famous as predecessors to Capone mob control.
The Capone control came on gradually. Competing mobs had to be destroyed, and were systematically killed, culminating in the 1929 St. Valentine massacre.

One of the victims was a labor man who opposed the Hump, and who focused mob attention on state and national politics.

Kennedy had interests in both Chicago and New York. Kennedy was a native of Boston, the police commissioner was his close friend for many years along with the singer Morton Downey, Sr.

Kennedy owned the huge Merchandise Mart building in Chicago, and Hollywood activities included selling the RKO movie studio to Howard Hughes as well as smuggling whiskey in quantity through Canada and along the entire east coast during prohibition.
Later, when Roosevelt was elected in 1932 he appointed Kennedy Ambassador to Great Britain where Kennedy obtained exclusive franchises for top brands of whiskey and scotch after repeal of prohibition.

Roosevelt also appointed Kennedy as head of the securities and Exchange Commission.

When Roosevelt ran for the 4th term in 1944, and suddenly replaced John Nance Garner with Harry Truman, it was apparent that insiders knew FDR would not survive the term.

Truman was the protégé of the Pendergrast machine in Kansas City, a parallel and cooperating mob in Kansas.

Truman was a good soldier. He took orders, and did not personally enrich himself. You will recall that Truman barely beat Thomas Dewey with the help of the big city mobs.

Thomas Dewey had put Lucky Luciano in Prison.
The big city vote comes in late and has been the difference in close races. It elected Kennedy over Nixon, and Truman over Dewey. Since World War II most presidents had approval or support from the big city politicians.
Luella tells of walking into a room where her Dad was seated around a table with several men. As a high-school girl, one man asked who her classmates favored for president.

She said General Eisenhower was her choice. One of the men stood up and shook her hand. It was General Eisenhower, and she had not recognized him in civilian clothes.
Luella explained that the mob had helped Adlai Stevenson become Governor of Illinois, and he had reciprocated by appointing Hump’s man as State Labor Commissioner.
Later, the mob collected several hundred thousand dollars to build housing for poor people, and a construction firm controlled by Stevenson was given the contract.

The work was shoddy to a criminal degree, and the mob never forgave him.

For once, they had sincerely tried to help the poor.
Luella maintained that her Dad and Joe Kennedy consulted constantly on political matters, from 1929 until the Hump died in 1965.
You will recall that FDR died 3 months after his 4th term election.

When Truman ran for President it looked hopeless.

You may recall that his campaign train stalled in Oklahoma City for lack of money and Elmer Harber, a Shawnee banker made a large contribution and got it moving again.

You should recognize that as Humphrey rose to power in Chicago in labor circles, his example was followed by gangsters on the east coast. The construction trades and the Longshoremen were examples. Prohibition, the Union rackets, and politics led to cooperation and to cooperation and to national syndicate crime.

Humphreys was the messenger between the groups, and probably more responsible than any other individual for the shrewdness and success of organized crime.

In the old days it reached into the business world and politics to a degree undreamed of by the public. (DCS  says What about Today ? )

Later, when Hoover and Bobby Kennedy feuded and Bobby fought Jimmy Hoffa, it was disastrous.

Luella believes the mob killed Bobby and John F. Kennedy, probably because ingratitude was a sin akin to murder.

The mob believed that John F. Kennedy could not have been elected without their help in every big city, and that Joe Kennedy lied when he protested that he was unable to control Bobby.