Why India was wrong to hang Yakub Memon by Arnand Grover 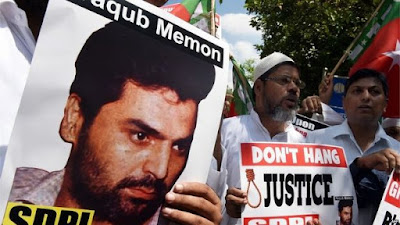 The execution of the 1993 Mumbai bombings convict Yakub Memon last week has caused a great deal of debate in India. Questions have been raised over whether the execution was carried out in accordance with the process set out by law. Memon's defence attorney Anand Grover explains here why he thinks it was not.

When I was asked to appear for Yakub Memon, I had no hesitation in accepting. I fundamentally believe that the death penalty is flawed, and is a practice that should be abolished.

India's constitution envisages that all people, citizens and non-citizens, have a fundamental right to ensure that their life will not be deprived unless through procedure established by law.

The Supreme Court has earlier held that this procedure must be fair, just and reasonable.

In cases relating to a death sentence in particular, all courts are required to scrutinise whether procedure established by law has been followed or not.

This is not a mere technicality.

Fundamental rights are only protected by procedure all over the world. Indeed, it is the dividing line between life and death.

In Yakub Memon's case, the procedure laid down by law was not followed.
'A strong case'
First, the procedure requires that before a death warrant is issued, the lawyers of the person on death row must be heard.

It also requires that there should be a reasonable gap between the issuing of the death warrant and the date of the execution.

As both these steps were not followed, we felt we had a good case. However, the three-judge bench of the Supreme Court rejected that argument on the afternoon of 29 July.

The law also gives a person on death row the right to file a mercy petition to the governor or the president. This has now been held to be a constitutional right.

More importantly if the mercy petition is rejected, he must get a minimum of 14 days, "to prepare himself mentally for the execution, to make his peace with God, prepare his will and settle other earthly affairs, to have a final meeting with family… and the right to avail of judicial remedies".

Decoded, this means that he has the right to challenge the rejection of his mercy petition until his last breath.

It is the duty of every lawyer to do their best for their client, and especially so in a death penalty case.

When we filed a fresh petition on behalf of Yakub Memon, in the late evening of 29 July, we felt again, that we had a strong case.

"Proper procedure was not followed in Memon's case"

This is when the Supreme Court assembled in open court at 4am.

Unfortunately, the court again disagreed with us on the grounds that Memon's brother had filed an earlier mercy petition that had been rejected.

However, this did not consider the fact that rules for mercy petitions provided for the prisoner on death row to file a fresh mercy petition on new grounds.

That was what Memon did when he filed his mercy petition through the jail authorities to the governor of Maharashtra.

As the governor had no jurisdiction to decide, since the president had rejected an earlier mercy petition, he was bound to forward it to the president.

However, the governor simply sat on it.

This forced us to send a mercy petition directly to the president. On 29 July, the day before Memon's date of execution, both the mercy petitions were yet to be decided.

Soon after the Supreme Court verdict in the afternoon, the governor, instead of sending it to the president, dismissed the mercy petition.

The president did the same that night.

Surely, Yakub Memon should have been allowed to exercise his fundamental right to challenge the rejection of his mercy petition?

Again, the Supreme Court disagreed.
A fatal mistake?
Would the heavens have fallen if Yakub Memon was given 14 days to challenge the rejection of his mercy petition? I would submit no.

And what if his challenge against the mercy petition resulted in a commutation? Then it would have been a fatal mistake to have denied him the 14 days.

This was Memon's fundamental right. It cannot be sacrificed at the altar of sticking to a fixed date set for his hanging by the sessions court or the fact that an earlier petition filed by his brother had been dismissed.

That is why I believe that the Supreme Court's decision has led to a grave miscarriage of justice.

Yakub Memon has been hanged and is no more. But the issues around his case will reverberate in our consciousness for a long time. And the last word is yet to be said.