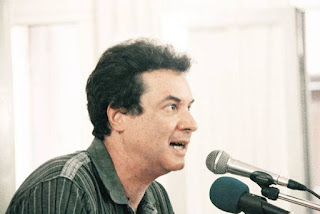 With his speech announcing snap elections, Alexis Tsipras appeared with another face, completely and radically opposed to the hitherto commitments and struggles of SYRIZA.

The first and foremost promise Tsipras Alexis was the compliance to the new third Memorandum of austerity and hard servitude for the country, a Memorandum which he agreed signing withour asking the people or the members and cadres of SYRIZA members and executives... of.

The elections decided by Alexis Tsipras amount to a complete denial of the proud "NO" of the referendum. They are a gravestone of the struggles against the memorandum and anti-austerity expectations of the people.

The goal of these express elections announced in the middle of the summer is to discard the anti-memorandum commitments SYRIZA but also to ask the Greek people to put a noose around their neck and to approve a new memorandum by voting in favour of Tsipras or for New Democracy or for PASOK or for To Potami, the parties constituting the new pro-austerity consensus.

Faithful to the commitments of SYRIZA, consistent with the "NO" of the Greek people, the Left Platform raises high the banner of the struggle for an alternative to the crisis, for the productive and progressive reconstruction of the country.

The Left Platform will contribute immediately to the creation of a broad, anti-memorandum, progressive, democratic front that will stand in the elections to fight for the cancellation of all Memoranda and for the writing-off of the major part of the debt.

To defend the combative "NO" of the Greek people in the referendum of July 5.

To end austerity in wages, pensions and social spending. To stop the selling-off of public property and of the assets of Greece. To orient the country on a new path of national independence, sovereignty, reconstruction and a new progressive course. " 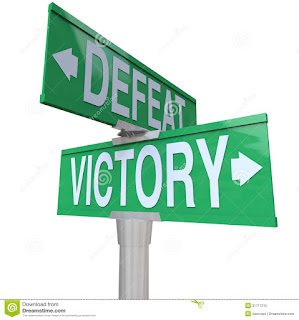 Early this morning, 25 Syriza MPs left the parliamentary group of the party to create a new group under the name of “Popula...r Unity”. Most of these MPs are affiliated to the Left Platform, but some others also joined like Vangelis Diamantopoulos or Rachel Makri, a close collaborator of Zoe Kostantopoulou.

This is a major development in Greek politics but also for the radical Left, in Greece and at an international level.

Three elements need to be emphasized.

The first is that “Popular Unity” is the name of the new political front, which will regroup thirteen organizations of the radical Left, those who signed the text issued on August 13 calling for the constitution of the Front of the No.

This front is therefore the first tangible result of a recomposition within the Greek radical Left. A recomposition that draws the lessons of the last five years and of course of the experience of Syriza in office and of the resulting catastrophe.

But the goal of the front is even broader than this, it is to provide an expression to social forces that do not necessarily recognize themselves as part of the Left but want to fight austerity, the Memoranda and the "Troika rule reloaded" of the new Memorandum.

The second is that the goal of the front is to constitute the political expression of the No as was expressed both in the January elections and in the referendum of July 5.

The main programmatic lines are the rupture with austerity and the memoranda, the rejection of all privatizations and the nationalization under social control of strategic sectors of the economy, starting with the banking system, the cancellation of the major part of the Greek debt (starting wit the immediate interruption of its repayment) and, more broadly a set of radical measures that will shift the balance of forces in favour of labour and of the popular classes and open up a path for the progressive reconstruction of the country, of its economy and of its institutions.

These goals cannot be realized without exiting the Eurozone as the recent disaster has abundantly demonstrated and without breaking with the whole set of policies institutionalized by the EU.

The front will also struggle for a unitary internationalist struggle around common objectives at the European and international level and will support exiting NATO, breaking the existing agreements between Greece and Israel and radically opposing imperialist wars and interventions. This transitional programme is situated in the perspective of a socialism of the 21st century.

The third is that this new parliamentary group is now the third in terms of its size in the Greek Parliament, ahead of Golden Dawn, the neonazi party.

This means that in the next few days its leader, Panagiotis Lafazanis, will get a mandate to constitute a government that will last for three days, as the Greek constitution stipulates.

After the resignation of the Tsipras government this mandate is now in the hands of the second party in Parliament, New Democracy, the main rightwing opposition party. This span of time will be used by Popular Unity to trigger a broad debate and the mobilization of all the social forces who wish to fight austerity and the Memoranda, the previous as well as the new one.

The programme of the party and the full range of its support among leading personalities of the Greek Left, which is expected to be quite impressive, will be released at the start of next week.
Athens, August 21 2015.