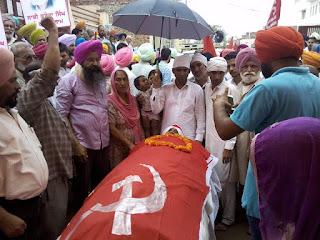 A pioneer of revolutionary democratic movement, one of those who strived to free trade union movement from the narrow confines of economism and being appendage of parliamentary parties, Com Karora Singh steadfastly and devotedly worked amongst the electricity employees, dalits and poor peasants.

During the period of Khalistani terrorism in Punjab, when electricity employees were ordered to disband Technical Services Union and stop criticising Bhindranwale's communal fascist activities, he actively associated with the activities of ZABAR & FIRKAPRASTI VIRODHI FRONT (Front Against Communalism & Repression) and mobilised the electricity employees massively against killing of innocent people by Khalistani terrorists and repression unleashed by police on masses in the name of combating militancy and fake police encounters.

When Lok Morcha Punjab was formed, he as a leading activist of Revolutionary Democratic Front of Electricity Employees joined in its mass campaigns exposing the sham Indian democracy, autocratic character of Indian state and pro-imperialist economic policies.

Along with Lok Morcha Punjab, he vehemently projected peoples alternative, i.e. a society free of oppression and exploitation, based on equitable distribution of national wealth.

On his cremation a large number of revolutionary democratic organisations, trade unions and mass organisations, covered his body with their flags, and paid floral tributes raising slogans in his memory.

Com Karora Singh is immortal. We will cherish his memory, the revolutionary work done by him and very high standards of social behaviour set by him. 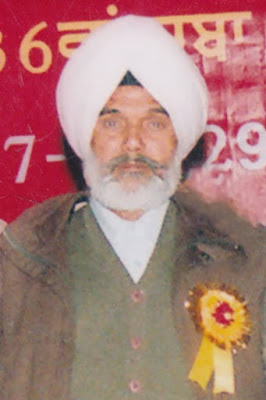