Urgent Alert on Korea : Statement from Democracy and Class Struggle 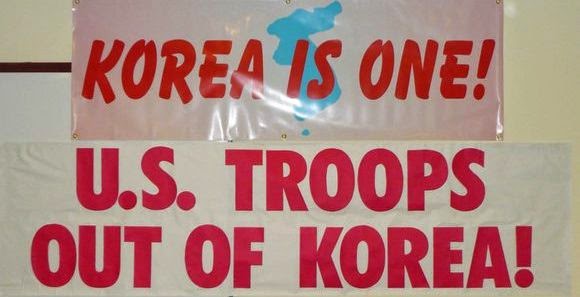 The remarks by DPRK Foreign Minister Ri Su Yong were made during a speech at the UN Conference on Disarmament on Tuesday.

He said the joint military exercises being staged by South Korea and the United States are “unprecedentedly provocative in nature and have an especially high possibility of sparking off a war.”

Urgent Alert on Korea  : Statement from Democracy and Class Struggle

The US ambassador to South Korea face being slashed is a symptom of the tension not just between North and South Korea but within South Korean Society not only with the banning of the Unified Progressive Party but also the assault on the Korean Teachers Union by the South Korean Comprador State.

In November, South Korea's constitutional court ordered that the Unified Progressive Party be dissolved even though it had... five members elected to parliament. The authorities said the UPP posed a threat to South Korean democracy. One of its leaders was jailed.


The counter-argument of the leftist nationalists is not so much that they want to be ruled by Pyongyang or fall under a North Korean system but that the American military presence in South Korea perpetuates a division within one people - the Korean people.

The possibility that these New US Military exercises on the Korean Peninsular will spin out of control is very high especially if they go to the Northern Limit Line - 100 Miles inside DPRK territorial waters.

US troops out of South Korea Now !