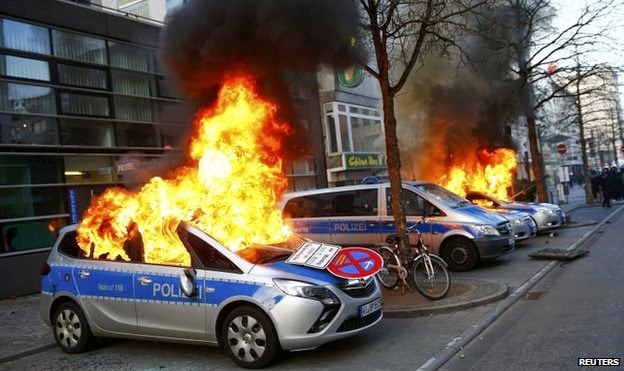 Red Salute to Blockupy and comrades from Democracy and Class Struggle for crashing European Central Bank opening party and exposing their crimes in Europe including responsibility for 5000 suicides in Greece and uncounted numbers elsewhere as a result of the European Central Bank  austerity policies.

The Structural violence of the European Central Bank has been met with the justified anger of the People.


Dozens of people have been hurt and some 350 people arrested as anti-austerity demonstrators clashed with police in the German city of Frankfurt.

Police cars were set alight and stones were thrown in a protest against the opening of a new base for the European Central Bank (ECB). 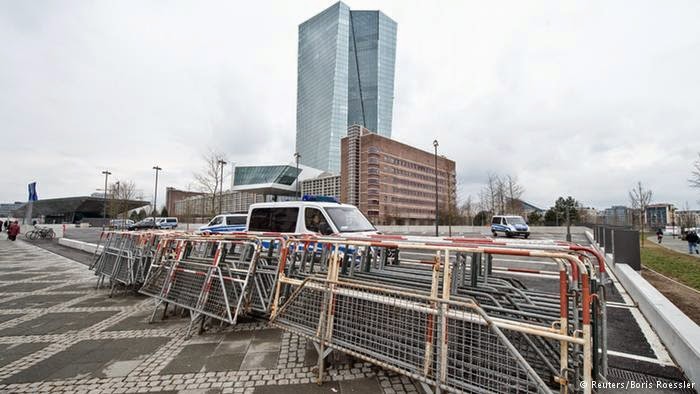 European Central Bank under Siege by Comrades
Some 10,000 anti-austerity protesters have gathered in Frankfurt, Germany, as the European Central Bank opens its building in the city. An earlier stand-off between the protesters and police resulted in clashes, with tear gas and water cannons deployed after the demonstrators torched several cars and put tires on fire. Both sides report injuries. Some 350 people have been detained 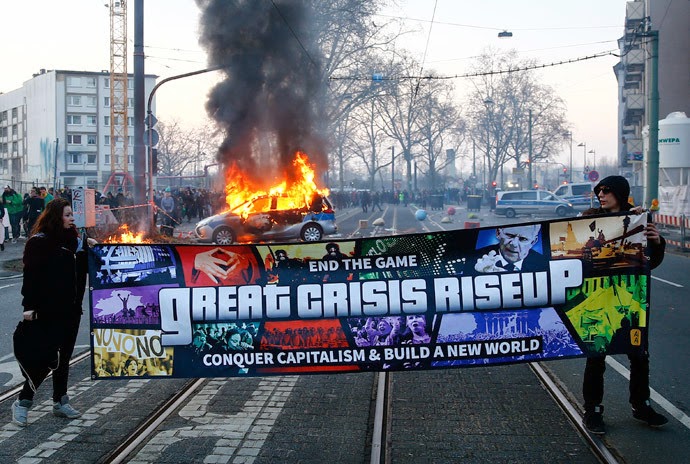 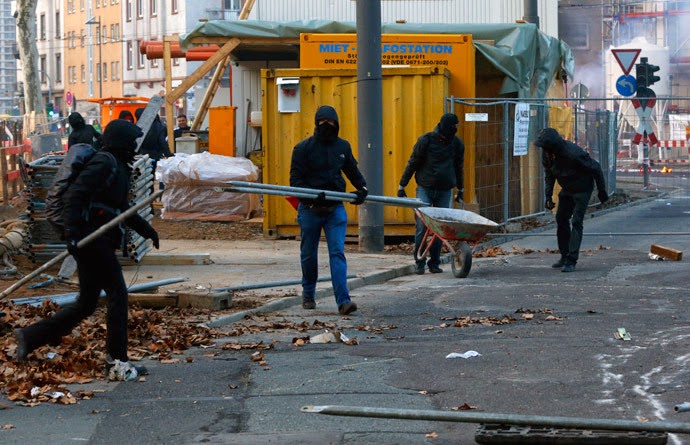