Putin met his Kyrgyz counterpart Almazbek Atambayev on Monday in his first public meeting open to the press since March 5.
Putin’s spokesman Dmitry Peskov mocked all the rumors about his boss’s alleged disappearance.

“Have you seen the president [Putin] crushed with paralysis and captured by the generals?" Peskov asked the journalists, smiling,” [He] just arrived from Switzerland where he was delivering babies, as you know.”

When a representative of western media asked Peskov about a foreign doctor arriving to Russian President, the spokesman said the doctor in question “was among the generals who captured Putin.”
The Kremlin is not going to comment on Putin’s state of health, Peskov said Monday.

“We’ve said 10 times, we can’t comment anymore,” he told journalists, adding that the more comments that are released, the more fantastic theories are being invented. 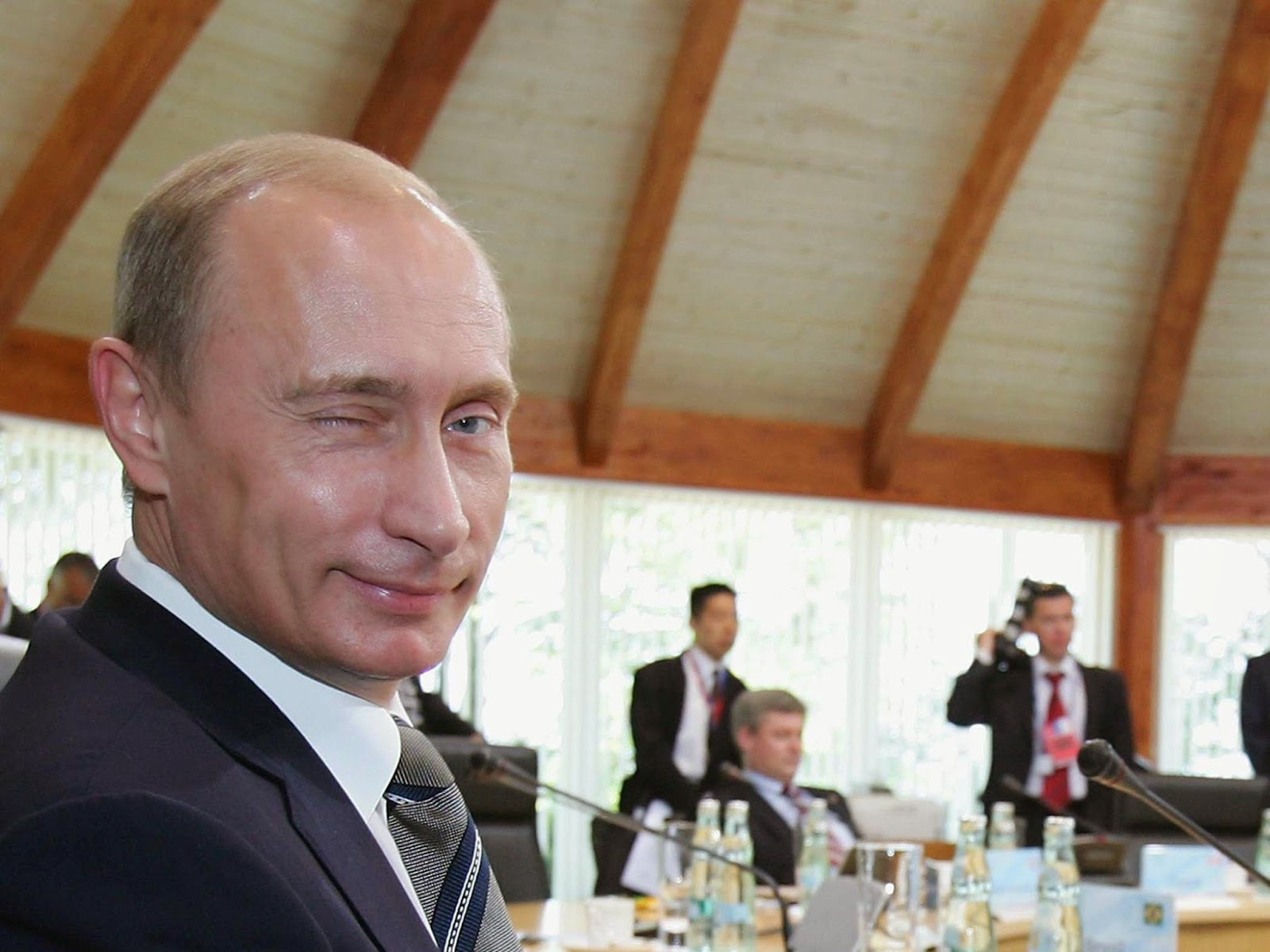 Democracy and Class Struggle would have seen Putin's neutralisation by pro West forces a set back for the anti Hegemonic struggle against the evil US Empire.
Concerning the social character of Russian State - we do not see Russia, because it is principally and economically a raw materials producer and also as a very small finance capital sector as a, newly developed finance capitalist Imperialist State.
However we do not rule out that developmental possibility in the coming decades..
We are also cognisant of Comrade Lenin's remarks in his study of Imperialism in which  he quoted the question of Japan, that nationalist ideology can form basis for Imperialism and not just Finance Capital..
Therefore our views on Russia are not cast in stone but will develop has we deepen our understanding of the nature of Russian Capitalism as it proceeds in the 21st Century..
FOR FURTHER STUDY READ :

Our Sister site Political Economy Research is publishing an extract from an article called Is Russia Imperialist ? from a Blog called Critique of Crisis Theory run by Sam Williams, the full article which we recommend you read in full is here http://critiqueofcrisistheory.wordpress.com/is-russia-imperialist/

We have republished the part of the article dealing with Finance Capital has this has been seen has critical for understanding Imperialism but we are particularly grateful to Sam Williams for pointing out that Lenin saw Japan has Imperialist despite its lack of finance capital.


For the contrary view that Russia is Imperialist read Michael Pröbsting  here :
http://democracyandclassstruggle.blogspot.co.uk/2014/05/russia-its-monopoly-capital-and-its.html

FOR THE INVESTIGATION OF THE NOTION OF SUB-IMPERIALISM VISIT HERE: