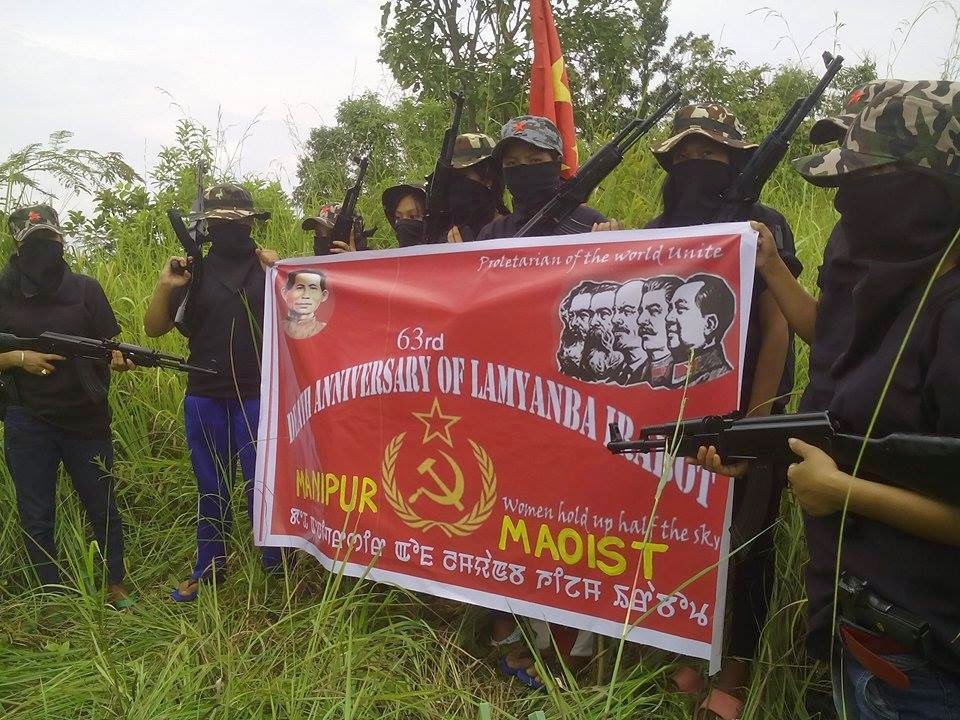 The Communist Party of the Philippines (CPP) was founded on the 26th December 1968 and the New People's Army (NPA) was established by the CPP on the 29th March 1969.

After 46 years of fierce revolutionary struggle for national liberation and democracy against US imperialism and the domestic reactionaries of big compradors, landlords and bureaucrat capitalists, the CPP, NPA and National Democratic Front of the Philippines, with the revolutionary masses of workers, peasants, women, youth, indigenous peoples, urban poor and other progressive sectors, have set up more than 110 guerrilla fronts and organs of political power in substantial portions of 71 out of a total of 81 provinces.

The Communist Party of Philippines carries out programs of land reform, health, revolutionary education, literacy and numeracy, culture and self-defense. They are determined to achieve the National and class liberation of Filipino People. It is clear that advancing the People’s War is the only path to achieve the goal of revolution.

The Communist Party of Philippines took up the following tasks to reach its goal – the party must be prepared ideologically, politically and organizationally. We must learn from the CPP that the New Democratic Revolution has to develop efficiency to advance the People’s War from the present stage to a new stage.

It is clear that following Marxism-Leninism-Maoism, the party, NPA, NDF and other people’s revolutionary forces will fulfill great tasks and achieve great successes. The party has taken up the task of enhancing its membership from tens of thousands to a minimum of two and a half lakhs. In order to reach this target, they are developing people’s movements in the towns and rural areas.

It has planned to send party members among workers and educated youth to the People’s Army, mass work and organizational work of party branches, mass organizations and organs of state power in the rural areas. The people are being roused with the politics of socialist Revolution. The anger of the masses towards the exploitative rule is being organized into a revolutionary upsurge.


CPP also emphasizes to expand the patriotic and progressive mass organizations and train them to work as militant organizations in order to take up the acute problems afflicting the people’s lives, to enhance the militancy of the masses and to bring pressure on the exploitative government. Similarly, efforts are being made to strengthen the urban people’s movement. The CPP has concretely grasped the contradictions from the local issues up to the national issues and mobilized into political struggles. The mass movements in the towns are working with the aim of bringing the broad urban masses into the struggles. These are the reasons which make Philippines conditions very much favorable for the advancement of the revolution.


The NPA is the principal form of organization of the Party to mobilize and consolidate the people with the intensification of the war. It’s allowed the People’s Army to concentrate more on political and military training and combat tasks. The NPA is striving to enhance higher-level of fighting capacity to advance from the stage of strategic defensive to the stage of strategic stalemate in coming years.


The Communist Party of Philippines (CPP) is advancing with tremendous victory and we hope the Victory of Filipino People is not far away. CPP has already a victorious party by winning the heart of the millions of Filipino people. The imperialists, particularly the US imperialists, have been increasing their stranglehold and military involvement in the internal affairs of Philippine. The Filipino peoples come to realize that the more influence and control the US military exercises over the Philippine police and military, the more Philippine sovereignty is degraded as this weakens the capacity of the puppet state to independently exercise its coercive power and wield political authority. It’s a clear indication of the Victory of CPP.


We feel warm to know that the New People’s Army is fighting such reactionary forces with enthusiasm. We are learning from the experience of such heroic struggle and generate courage from such victory of the people’s war led by our Maoist around the globe. The growing and advancement of people’s War in Philippines have created favorable aspiration of Maoist Parties to fight in their respective countries. We salute our comrades-in-arms waging People’s War in Philippines, and our comrades in Philippines inspire us and other revolutionary forces in the world.

Long Live the Solidarity Between the Manipur and Filipino Peoples!

Workers of all countries, Unite!