The US Empire routinely lies and as Lenin perceptively remarked deception and self deception are the hallmarks of bourgeois politics.

George Freidman also announced that the Pilsudski dream of Intermarium - a new confederation from the Baltic to the Black Sea is the US Strategy for Eastern Europe to keep Germany and Russia apart for this century. 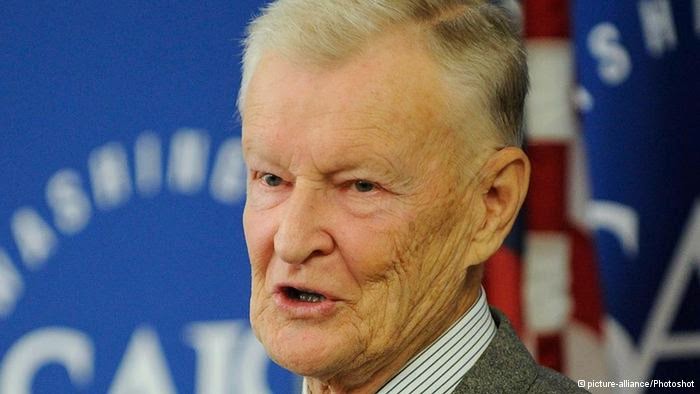 Brzezinski also urged that America surround Russia — or, rather, the Russias — with a pack of smaller states to hem it in.

Russia faces an existential threat from the likes of Brzezinski who represents the hubris of the US Empire combined with a self destructive Pilsudski version of Polish Nationalism - a lethal combination for US and Poland..

I don't see how Polish nationalism is destructive. Care to elaborate why as because Polish nationalism was always destructive only to people who waged war on and occupied Poland. Otherwise as free people we will never attack anyone. However during last 1000 years we were constantly under attack from both sides, because each of the sides wanted power over us or our lands. We just want to be free under our own government under our own banner. Each country between Adriatic, Baltic and Black sea feels like that. And slowly we will learn that only together we can stand for ourselves against the tigers we were put between. Come on now.

What is better: France, Germany, countries fought over by west and east, Russia

All with equal powers. Germany would be a friend to Intermarium, they have no choice. Russia would not dare to meddle in Intermarium as we would be stronger than Russia in many points. And last time I heard something about a giant country needing a buffer between east and west... The point of the buffer is that neither side is willing to attack it ;)