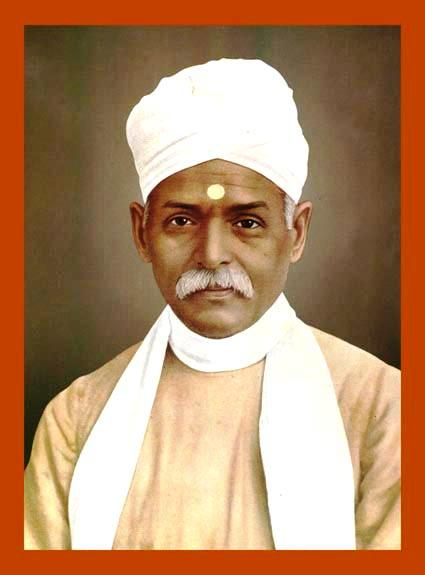 Below I am reproducing an article written by R.Ramkumar in December 2014 by
A leader of the Hindu Mahasabha in the 20th century, Pandit Madan Mohan Malaviya helped establish the Bharat Dharm Mahamandal in 1887, and was its Chief Preceptor. The mandal aimed at the promotion of religious education based on Sanatana Dharma and knowledge of sacred texts. Malaviya was also a founder member of the Prayag Hindu Samaj in 1880. The Samaj had more militant aims than the Mandal: to promote Hindu society and Hindu religion, and train Hindus to oppose and resist their enemies.
True to its spirit, Malaviya argued in 1923: "Friendship could exist between equals. If the Hindus made themselves strong and the rowdy section among the Mahomedans were convinced they could not safely rob and dishonour Hindus, unity would be established on a stable basis." For him, the reason why Hindu-Muslim unity was weak was because the Hindu was not united. Peace could be achieved only by showing the enemy (i.e., the "bad elements among the Muslims") the possible destruction that a reciprocal attack could result in.
Thus, Hindu militancy could be a deterrent to the "threat" that Hindus faced from Muslims! In this way, "sanghatan" became an established aim of the Hindu Mahasabha under Malaviya. No wonder, he received the award when an RSS man is the Prime Minister.

Malaviya was also one of the first Hindu leaders in the 1920s to rake up issues of relationships between Hindu women and Muslim men, and give it a communal colour (see his presidential speech in 1923 at the Hindu Mahasabha conference in Banares). This was one of the foremost expressions of what the RSS now calls "Love Jihad".

It was also Malaviya who initiated the programme of "shuddhi" (alongside "sanghatan") of the Hindu Mahasabha, which aimed at reconverting those who moved away from Hinduism in the past. In a resolution passed under his leadership, the Hindu Mahasabha, for instance, asked the Hindu religious leaders of Malabar to "unhesitatingly...re-embrace all the converts and restore them to their former caste and social status". Emphasis: former caste and former social status! Is it a surprise, then, that he is being awarded the Bharat Ratna when the "ghar wapasi" campaign is at its peak?

Malaviya was the founder of the Banares Hindu University (BHU) and its Vice-Chancellor between 1919 and 1939. The BHU was established with the aim of promoting Hindu education. It was Malaviya as the Vice-Chancellor who allowed the RSS to open a branch and run a shakha inside the university premises in 1929. Thus, he was instrumental in saffronising the BHU, giving every course a communal colour and transforming the campus into a hotbed for communal politics in northern India.

Along with Atal Bihari Vajpayee, a life-long RSS pracharak and one who incited karsevaks in Ayodhya with his speeches, the Bharat Ratna to Malaviya represents the new trend of transforming communal leaders of the past into national icons; what secularism remains with such icons?
A reproduced research by TEKJHAR JHA.
Madan Mohan Malviya, for whom a Bharat Ratna award was announced last week, was not the only central figure in establishing Banaras Hindu University. That claim has been made by independent researcher Tejkar Jha, who is giving the final touches to a book on the history of BHU.  Jha, the author of Bihar in the Eyes of British Travelers and Painters: 1780-1850 and Pictorial Biography of Dr. Rajendra Prasad, discussed his latest research with Scroll.in.

What made you start your research on Banaras Hindu University?

I visited the BHU in 2012 and saw that every room had a photograph of Madan Mohan Malviya with the caption "Founder of BHU". The question arose, what is the evidence to suggest this? We are talking about an institution created in 20th century, not in ancient period or medieval times. In BHU, the documents of the period from 1905 to 1916 were missing. Hence, I thought to reinvestigate the matter and bring out the whole truth regarding the establishment of BHU.

Was Madan Mohan Malviya not the founder of BHU?

No, Madan Mohan Malaviya was at the most a fringe player in the movement that led to the foundation of BHU. He neither had the means to establish a university, nor had the clout to obtain a sanction from the government. He was also not in a position to sell the idea to zamindars and ruling chiefs. Due to these reasons, he could not achieve anything from 1904 (the time he says that he conceived the idea and brought out a prospectus) to 1911 (when he joined hands with [British Theosophist and Home Rule League founder] Annie Besant and the Maharaja of Darbhanga). Thereafter, when the Society for establishment of Hindu University was formed, Malaviya was just an ordinary member.

On the other hand, Maharaja of Darbhanga Rameshwar Singh acted as the president of the Society for Hindu University, led the movement by corresponding with the government and touring the country for collection of funds. (Report published in London Times, June 27, 1913).

Are you saying that as per contemporary documents, it was not Malviya but Maharaja of Darbhanga who was the real founder of BHU?

No institution can be founded by one single person. The era of 1910-1920 was completely dominated by the colonial power. Gandhi had not emerged and Congress was just a small party and was opposed to the government that had to sanction the institution. Again, India was still under-developed industrially, hence the money required could only come from the zamindars and ruling chiefs. So who was the person who could have equal access to both the government of the day and the zamindars/ruling chiefs? Obviously Malaviya could not be the one.

I do not say that Malaviya should not be given the credit, but he was certainly not the main player. Annie Besant gave her Central Hindu College for the university, and Maharaja of Darbhanga, Sir Rameshwara Singh, led the movement that resulted in the establishment of BHU. As the president of the Society for Hindu University, he interacted with the government and got the funds from zamindars and ruling chiefs by visiting everyone several times. He himself donated Rs 5 lakhs. That is why it is his signature that is found on most important correspondence of the period and it is his name that appeared in contemporary media reports as the main figure behind the movement for BHU.

Even at the Foundation Stone Laying Ceremony on February 4, 1916, the Maharaja of Darbhanga made the speech on behalf of the Society for BHU, as its President, and the Viceroy replied to it. No other person made any speech on the day. Also, it was he who got all the congratulatory telegrams, including that from Sir Harcourt Butler (member, education in Governor General’s Council).

What sources did you consult to arrive at this conclusion and what do these documents say?

I collected 180 pages of government correspondence, speeches, Society's Reports, tour reports, letters from ruling chiefs and general people, newspaper reports (original copies) and about 138 pages of similar documents from Butler Collection kept at British Archives. These documents either are directed to Maharaja of Darbhanga or originate from his table. The London Times report refers only to Maharaja Darbhanga and Sir Harcourt Butler. Needless to say, the Maharaja of Darbhanga played the most important role. While presenting the Bill for setting up BHU in March 1915, Sir Harcourt Butler says, “Before I go further I must congratulate the Committee, and especially the Maharaja Bahadur of Darbhanga, Mrs. Besant, Dr. Sundarlal, Pt. Madan Mohan Malaviya, Rai Bahadur Ganga Prasad Verma, Sir Gooroo Dass Bannerji, Dr. Rash Behari Ghose, and outside the committee such active helpers as the Maharaja of Bikanir and the Maharaja of Banaras, on the success which has already crowned their efforts.”

Similarly, a leading magazine from Calcutta – The Hindoo Patriot (January 11, 1915) – writes, “In the Maharaja  Bahadur of Darbhanga, the promoters have found a superb leader whose enthusiasm is equaled only by his influence and the future historian of the Hindu University will delight to dwell upon those highly successful tours of the Maharaja Bahadur from one end of the country to the other, which had brought such substantial accessions to its funds in all the successive stages of the movement.” In other documents also the Maharaja is referred to as the leader of this movement.

Where does this leave Malviya?

Malaviya was a member of the Society. But in contradiction to the rule no. 5 of the Memorandum of Association of the Society for BHU, he took honorarium for working for the Society. He then donated this amount to the University Fund. Malaviya worked on the ground-level coordinating with several people. So he too is entitled to the status of founder but not as the main founder. The first history of the BHU was written during his tenure as the Vice Chancellor in 1936 by a senate member, Mr. Sundaram. This book, BHU 1905 to 1935, does not give any clear picture of the establishment work from 1911 to 1916. No document save the two from October 1911 (letters from Maharaja of Darbhanga to Butler and the reply) is mentioned in the book. The role of the Maharaja of Darbhanga and Annie Besant as also of the zamindars of Bengal, Bihar, UP is played down.

You said Malaviya received honorarium for working for the Society formed to set up the BHU. Why was it given to him in violation of the rule?

There is no record showing why he was given honorarium in violation of the rule no. 5. It is mentioned clearly on Page 81 of the book by V.A.Sundaram that Malaviya received an honorarium for his work for the Society and donated it to the University Fund.

How did this happen?

Since the first book on the history of BHU was commissioned by Malaviyaji, as the Vice Chancellor of the University, does not carry the documents from 1905 to 1919 and declares Malaviyaji as the “founder”, I think, the onus lies on Malaviyaji for deliberately hiding the facts. The Maharaja of Darbhanga Sir Rameshwara Singh died in 1929, Sir Sundar Lal (the secretary of the Society formed to set up the BHU) died in 1917, and most others also passed away by the time this book was commissioned. Malaviyaji, who was in power, could now dictate the selective choice of documents.

What precisely was the role of Malaviya in setting up BHU?

Malaviyaji, like Annie Besant and Rameshwara Singh, had also visualised a university for Hindus. He worked amongst the masses to popularise the scheme. He also toured with the Maharaja of Darbhanga on a few occasions. The documents don’t suggest anything else which Malaviyaji did. 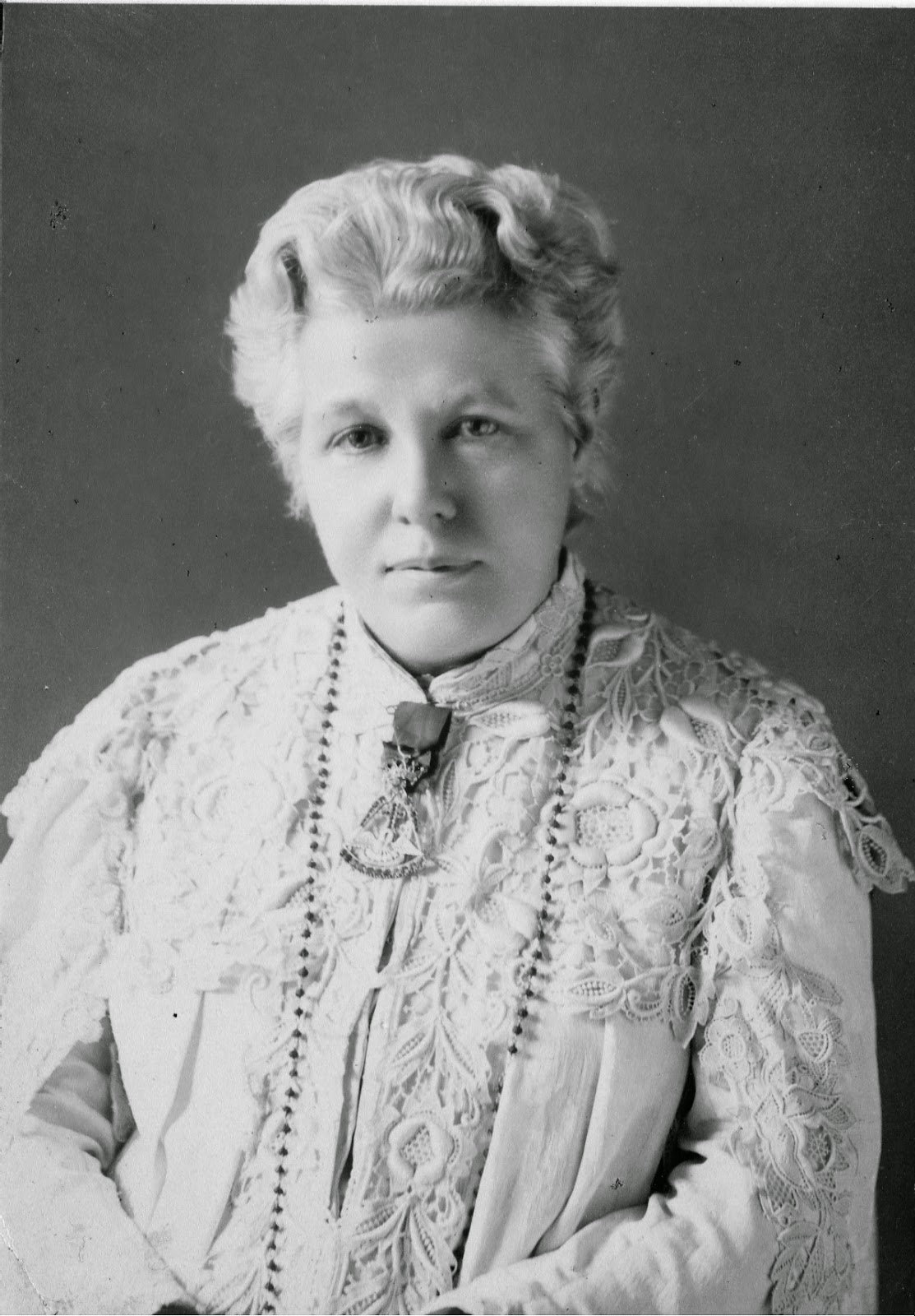 
Annie Besant is often forgotten even as it was she who set up the college that was later developed into the BHU. What was her role in this entire movement?

Annie Besant had a college (Central Hindu College) which she wanted to develop as a university. She had named her university as The India University. Later she decided to join hands with Malaviya and the Maharaja because she was not capable of getting the funds (Rs.1.5 crores) for setting up a Private Residential University.
Posted by nickglais on 3/30/2015 04:48:00 AM

Combating fascism is necessary. But, to do that, is it necessary to attack Hinduism? it is better to promote the best traditions of Hinduism, rather than try and destroy Hinduism itself.

By attacking your own culture, you do not realize that you at the same time alienate millions of poor peasants and workers who are proud of their ancient religion.