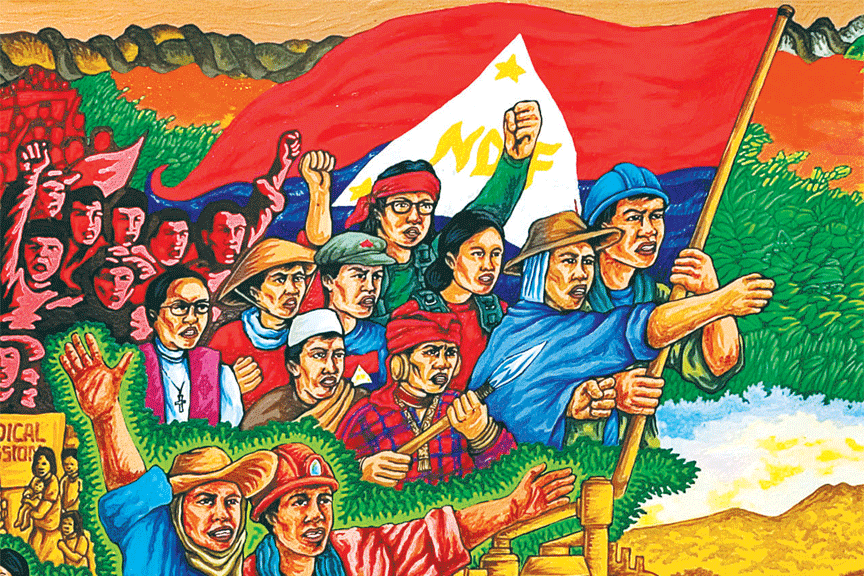 Since the start of our 10-day fasting and hunger strike, not even once were our doctors allowed to check us up. Our lawyers and some of our loved ones were also barred. Many, many visitors from supporters and human rights organizations were also cruelly barred from visiting us.
MEDIA RELEASE

We, National Democratic Front of the Philippines (NDFP) peace consultants and other political prisoners detained here at the Bureau of Jail Management and Penology — Special Intensive Care Area 1 (BJMP-SICA1) Jail in Camp Bagong Diwa, protest the intensifying fascist reprisals and restrictions being inflicted against us by BJMP-SICA1 Jail authorities.

Such fascist reprisals and restrictions qualitatively started to intensify when we waged a 10-day fasting and hunger strike, five days before and five days during the visit of Pope Francis to our country. We waged such acts of self-sacrifice to amplify our calls for our freedom, for justice, for real solutions to social ills, for serious efforts towards peace in our country.

Since the start of our 10-day fasting and hunger strike, and even afterwards, not even once were our doctors allowed to see us and check us up. There were times when even our lawyers and some of our loved ones were also barred. Many, many visitors from human rights organizations, and many more supporters were also cruelly barred from visiting us.

Worse, jail authorities even worked up vicious schemes to induce from other inmates, particularly from their lumpen prison gang lapdogs, vicious antagonisms and threats against our lives and limbs, by also barring their visitors a couple of times and blaming for such our “kalokohan” (“foolishness”) of a hunger strike.

The jail authorities have further escalated their fascist reprisals and restrictions after we, political prisoners, filed court charges against them, especially against the SICA1 jail warden.

Last February 26, four human rights workers, led by KARAPATAN Deputy Secretary General Roneo Clamor, wanted to visit us and look into our conditions. But the SICA1 Jail authorities barred them on the pretext that they were not able to request “clearance” from the higher jail authorities, i.e., from the level of National Capitol Region Director and the National Headquarters Director of the BJMP.


KARAPATAN human rights workers have regularly been visiting us for years already, and this is the first time that they have suddenly been required to obtain "clearance" first from the jail authorities’ higher-ups for every time they (the KARAPATAN human rights workers) want to visit political prisoners at the SICA1 Jail.
It is quite ironic that such further intensification of fascist reprisals and restrictions have taken place on the 29th anniversary of People Power Uprising that overthrew the Marcos Fascist Dictatorship in 1986.
We call for the real replacement of fascism and its fake garb of democratic pretense, by the institition in their place, of real people’s democracy.
We call for the immediate release of all political prisoners, including detained peace talks consultants, and the immediate, serious resumption of the long-stalled peace talks between the NDFP and the prevailing Government of the Republic of the Philippines.
Detained NDFP Peace Consultants: