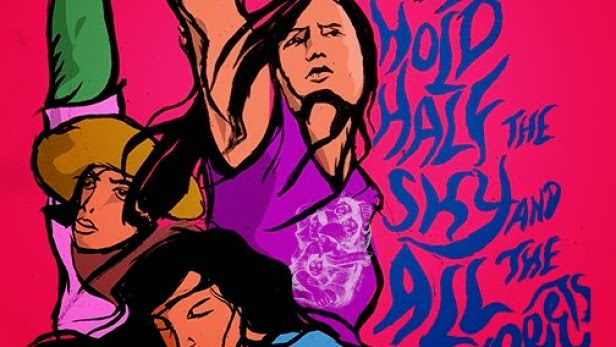 Laurie died in battle in 1976, but her spirit and her ideals live on. MAKIBAKA espouses  liberation in the context of the national liberation struggle... the full liberation of women will come when the Filipino people will have overthrown the yoke of imperialism, feudalism and bureaucrat capitalism.


My talk this afternoon will focus on a Filipina revolutionary and her contribution to the national democratic movement, and the women's movement as a whole. I will talk about Maria Lorena Barros or Laurie, as she was popularly known.

Laurie was an anthropology student at the University of the Philippines in the mid 1960s. This was the time when students became aware of the political situation in the country, and imperialism, feudalism and bureaucrat capitalism were recognized as the basic problems of Philippine society.

This was the period of political awakening of the Filipino people, when widespread protests in Metro Manila against the administration of Ferdinand Marcos were taking place. The nationalist struggle had been dormant since the 1950s. This ferment would lead to a frenzy of organizing among students, community youth, workers and farmers. Students and workers demonstrated against the Marcos government and exposed the basic problems of the Filipino people.

It was during this period that Laurie became a student activist.

As Laurie got more deeply involved as an activist, she and other women began to discuss the role of women in the national democratic struggle. The youth organizations, like Kabataang Makabayan, had a women's bureau. But Laurie and the other women activists saw the need for a specific organization for women in order to fight not only against imperialism, feudalism and bureaucrat capitalism, but also to fight for women's emancipation and to draw in women – who hold up half the sky – to participate in the struggle.

Theoretical and concrete practical work related to women's issues were very limited in the other organizations. Laurie saw the importance of a women's organization to define the role of women in the struggle and to draw in the largest participation of women.

Initially, the need for establishing a women’s organization separate from the youth organizations was questioned, saying that such an organization would divide the ranks.

However, Laurie clarified the ideological line, saying that a woman’s organization would specifically address the women’s issues in a semi-feudal, semi-colonial and patriarchal Philippine society.

Through a women's organization, the women’s struggle would become ideologically more revolutionary than their precursors, in that they would fight not only against Marcos, but also address the structural inequality in Philippine society.

A women's organization was important because it would articulate the women’s question within the broader framework of national and class oppression. In addition, it would draw in and organize women into the ranks of the revolutionary forces.

In April 1970, an all women's group called Malayang Kilusan ng Bagong Kababihan (Free Movement of New Women) or MAKIBAKA was born. Laurie was its Founding Chairperson.
The establishment of MAKIBAKA is a major landmark in the history of the women's movement in the Philippines. It articulated the oppression suffered by women and the need for women's liberation through participation in the nationalist struggle.

MAKIBAKA brought together women activists who espoused women's liberation in the context of national liberation. Women from various national democratic organizations joined MAKIBAKA.
MAKIBAKA's first all-women activity was a picket of a major beauty contest. This initial activity was significant not only because it was an all women's activity, but because it raised for the first time a woman-specific issue – the commodification of women through beauty contests. This was a concern never before addressed by the national democratic movement.

As MAKIBAKA developed, so too their activities. There was the picket of the UP Corps of Sponsors to protest the militarization of the University campus, the establishment of the National Democratic Nursery and the Mothers’ Corps, and the support for the worker’s strike at the US Tobacco Corporation. The members also held teach-ins and discussion groups where they discussed national and women’s issues, visited political prisoners, paid homage to revolutionary martyrs, and rallied against the high prices. During this time, Lorena was writing essays and short articles on the women’s situation and the emancipation of women.


In the two and a half years of its existence before the declaration of Martial Law by the late Dictator Ferdinand Marcos, MAKIBAKA membership grew. Women became conscious of their double oppression, and experienced the liberating effects of participating in a national struggle as they involved themselves in performing general and specific tasks for the revolution.


Why is the founding of MAKIBAKA an important milestone in the history of the women's movement in the Philippines?


Our history tells us that from as far back as during Spanish colonization, into American colonization and the Japanese invasion of the Philippines, women have participated in the struggles for national liberation. We have great women like Gabriela Silang who, when her husband was killed in battle, took his place and led her troops in the war against Spain.

There was Joey Guerrero, a woman who had leprosy, who used her illness to slip through Japanese lines to bring messages and food to the guerrilla fighters.


So why is MAKIBAKA a major landmark in the history of the women's movement in the Philippines? MAKIBAKA espouses women's liberation in the context of the national liberation struggle. It states that women not only suffer from the oppressive and exploitative situation of the country, but that women suffer the double oppression of gender oppression. And that the full liberation of women will only come when the Filipino people will have overthrown the yoke of imperialism, feudalism and bureaucrat capitalism. Its main task is to draw in as many women to the revolution.

In October 1973, a year after Martial Law was declared, Laurie was arrested, tortured and imprisoned. While in prison, she learned that her husband, and the father of her son, had surrendered to the Marcos military. Sometime later, she escaped from prison together with five other companions and rejoined the New People's Army in the area where her husband had been active before he surrendered. This was her wish: That she would take his place and fight in his stead.

On March 24,1976, an encounter took place and Laurie was wounded. She ordered her other companions to retreat while she covered for them. The story is that when the soldiers came to her, she tried to shoot them but her gun jammed. She is supposed to have said, “You are lucky gentlemen, my gun jammed.”

Laurie died in battle in 1976. But her spirit and her ideals live on. MAKIBAKA, which went underground with the declaration of Martial Law, became one of the founding organizations of the National Democratic Front of the Philippines. It is a very active organization in the NDFP.

Most of its members are peasant women in the countryside. But there are also MAKIBAKA members in the cities, among women's organizations, and in the communities. In places where MAKIBAKA members are, they awaken the consciousness of women to the analysis of Philippine society, the double oppression they suffer as women, and enjoin them to participate in the struggle to liberate themselves. MAKIBAKA defines the women's movement in the Philippines as distinct but integral part to the national democratic movement.

Let me conclude my talk with a quote from the writings of Laurie Barros:


“The new woman, the new Filipina, is first and foremost a militant.
The new Filipina is one who can stay whole days and nights with striking workers, learning from them the social realities which her bourgeois education has kept from her. She is a woman who has discovered the exalting realm of responsibility, a woman fully engaged in the making of history. No longer is she a woman for marriage, but more and more a woman for action.”
Today, MAKIBAKA continues to live the dream of Maria Lorena Barros.