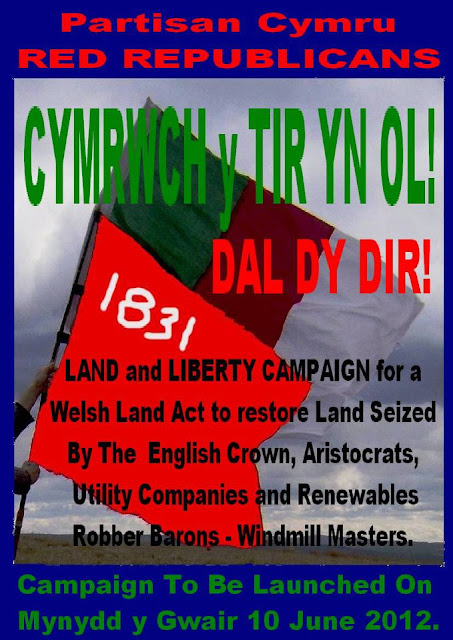 The Crown Estate is a £7 billion land and property portfolio run by trustees for the  Royal Family who will be living off Crown Estate  profits as a result of recent changes to their finances .
The English/German/Greek Royal Family is cashing in on dozens of wind turbines on Crown Estate Lands in Wales.
Energy firms have been given the green light for more windmills on Crown Estate land, which will rake in £1million a year in subsidies.
Those who will live next door to the wind farms in Wales  accused the Royal Family of hypocrisy, after the Prince of Wales described them as a ‘horrendous blot on the landscape’ while his father called them ‘useless’ and ‘a disgrace’.
The Crown Estate  has agreed to lease land to energy firm RES for 15 turbines at Bryn Llywelyn in Carmarthenshire, to German firm RWE for another four at Neuadd Goch in Powys, both of which are awaiting planning approval.
Campaign groups have sprung up in opposition to the proposals.
‘What’s worse is that we feel the Royal estate have really been the agents provocateurs in this, asking the energy companies to come on board, not the other way around.’
Pub landlord John Jones, 66, who set up the campaign group Save Llanllwni Mountain to fight the Bryn Llywellyn proposals, said: ‘The developers have much more money than us and a far greater say, and the Royals are happy to take the subsidies even though they’ve never come out here and seen the mountain for themselves.’

The Great Unrest Group 2012 for Welsh Socialist Republican Party calls for an end to Crown Lands in Wales - No To Royal Hypocrisy in Wales - We need a new Welsh Land Act to take back Crown Estates in Wales as well as  Aristocratic Estates like those of the  Duke of Beaufort
Posted by nickglais on 4/21/2012 05:35:00 AM