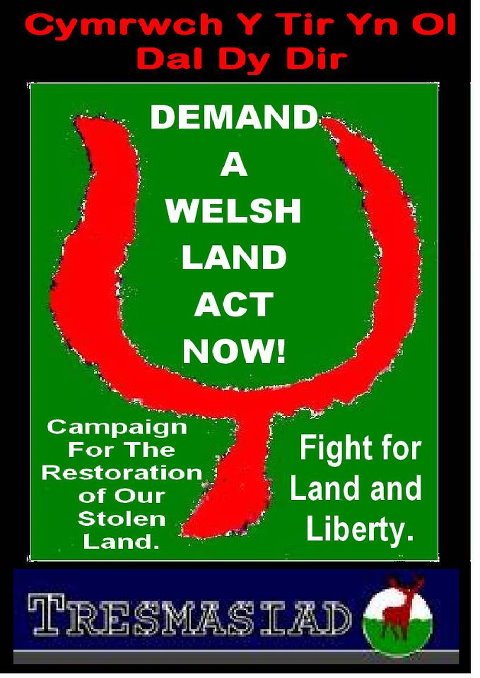 
These Lands were stolen from the Welsh People and never were or never can belong to the Aristocracy or Monarchy of another country because of historic conquest.


DEISEB AM DDEFDD TIR: PETITION FOR A LAND ACT

To the People of Wales.


In view of the fact that our Cymric land is being desicrated by rapacious landlords, hereditary aristocrats, the English Crown and Corporate Utility Companies, this Petition demands of the Westminster Parliament and the Welsh Government the restoration of the land, by compulsory purchase, to its rightful owner, the People of Cymru, in order to preserve our heritage, the great beauty of this land and the common right of our people to access and make use of it until perpetuity.