Defend the Memory of Mao by Revolutionary Praxis 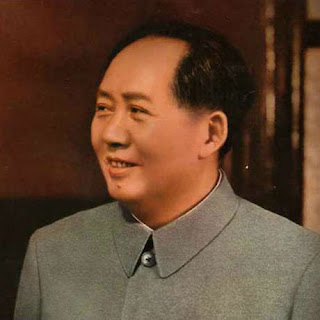 Much is being made of the twenty-first anniversary of the publication of Wild Swans (1991) by the Chinese writer Jung Chang. The book is an account of her family’s experiences during the Chinese Revolution. Over thirteen million copies have been sold and many millions more people have read this book. Indeed, for many of the readers it is the only book they have ever read about modern China. This is most unfortunate because the book is an unremitting attack upon socialist revolution in China and the great communist who came to lead it, Mao Tse-tung,.

In 2005 Jung Chang and Jon Halliday brought out Mao: The Unknown Story. According to this piece of propaganda, Mao was an entirely negative character from the moment of his birth. He is presented as lazy, greedy, vicious, murderous, incompetent, etc, etc. No positive qualities of any kind are mentioned, something that even many of the reactionary reviewers of the book noticed. Jung Chang’s method is to start out with the assumption that Mao was thoroughly rotten and then to select and distort evidence to sustain this false claim. This book has been widely criticised by serious China scholars.

The promotion of Jung Chang’s books is part of the massive barrage of anti-communist propaganda which has intensified during the last twenty years following the final collapse of the Soviet Union. As it becomes clearer that capitalism - the oppressive system under which we live - is in decline, capitalists and those who serve them become ever more desperate to convince us that no alternative, especially socialism, is possible. Jung Chang and many other memoirists of life in the Soviet Union and China have become rich through their reactionary propagandising promoted by the capitalist media.

SEEK THE TRUTH TO SERVE THE PEOPLE

A century ago when Mao was young, the once great civilisation of China had been reduced by internal reactionaries and external imperialists to a state of disorder and destitution. Mao was one of the young Chinese who were determined to find a way to save China and turn it into a prosperous, modern society. It was the Communist Party of China, eventually led by Mao, which found the way forward which led to the defeat of internal and external enemies and the foundation of the People’s Republic in 1949. In China today Mao is widely respected and revered for the leading part he played in this great revolutionary struggle.

China during the nineteen fifties was a desperately poor society and bold measures were necessary to improve the people’s livelihood. In 1958 the Great Leap Forward was launched which aimed to boost agricultural production and lay the foundations for developing modern industry. This policy had mixed results as a result of several years of unusually bad weather and the neglect of agriculture in some parts of the country by peasants who were devoting all their time to industrial activities. It is true that some millions of people starved to death as a result.

It is Mao who has been blamed for the negative side of the Great Leap Forward although the policy was that of the whole Communist Party leadership. Jung Chang and other reactionary writers have used this episode to greatly exaggerate the numbers who died and to depict Mao as the biggest mass murderer in history. The capitalist-controlled media have eagerly propagated this nonsense. During the nineteen sixties and seventies the Chinese economy grew rapidly. By the time of Mao’s death in 1976, compared with 1949, the population of China had considerably grown, average live expectancy had increased by twenty-five years, great advances in health care and education had been made and China had developed a solid industrial base.

Learning from what was happening in the Soviet Union, Mao came to realise that there was a danger of capitalism being restored in China. The threat came not from old reactionaries or foreign imperialists but from “those in power taking the capitalist road” within the leadership of the Communist Party. People such as Liu Shao-chi (President of the PRC), Teng Hsiao-ping (General Secretary of the CPC) and privileged Party officials such as members of Jung Chang’s family wanted China to take a capitalist path of development, not a socialist one. Mao and his comrades called upon firstly the students and then workers and peasants to rise up and overthrow the capitalist-roaders. This unleashed ten years of sharp class struggle in China but eventually the capitalist roaders won out. On his deathbed in 1976 Mao said, “I have predicted that full-scale capitalist restoration may appear in China.”

Mao’s prediction that capitalism would be restored in China has come true. In 1976 China was the most equal society in the world whereas today it is the most unequal with the “Communist Party” led by billionaires. At the same time the workers and peasants have been losing many of the economic rights and social benefits they gained during the socialist period. Workers face job insecurity and loss of pensions. Peasants are having their land stolen from them by corrupt officials. But there is growing unrest and revolt among the Chinese people. As Mao said, “Wherever there is oppression, there is resistance.”

In India today there is rapid capitalist economic growth with the usual outcome: enrichment for a few and growing poverty for hundreds of millions of workers and peasants. Mao’s conception of people’s war is being applied by the Communist Party of India (Maoist) which is leading armed insurrection in many parts of India. The life and work of Mao is an inspiration to poor, oppressed people in many parts of the world. That is why capitalists and their literary apologists, such as Jung Chang, hate the memory of Mao and do everything they can to denigrate this great revolutionary leader.

DOWN WITH JUNG CHANG!


Democracy and Class Struggle also recommends the following for those interested in question of  the Great Leap Forward :

Did Mao really kill Millions in the Great Leap Forward ? by Joseph Ball


See also the Battle for China's Past by Mobo Gao

Lyrics:
Red Guards, Red Guards
Burning with revolutionary zeal
Tested by the storm of class struggle
Tempered for battle our hearts are red.
Standing firm, direction clear
Our vigour for revolution strong,
We follow the party with full devotion,
We are Chairman Mao's Red Guards.

Red Guards, Red Guards
We want to be the successors to communism
The revolutionary red banner passes on from generation to generation
We want to carry on the glorious tradition.
Loving the motherland, loving the people
Loving the collective, loving labour
Connecting with the workers and the peasants
We are Chairman Mao's Red Guards.
Posted by nickglais on 4/17/2012 09:34:00 AM

'This policy had mixed results as a result of several years of unusually bad weather and the neglect of agriculture in some parts of the country by peasants who were devoting all their time to industrial activities. It is true that some millions of people starved to death as a result.'

Do we know this is actually true? We know from some reliable sources such as Han Donping that there were deaths due to hunger at this time but 'millions of people starved to death'??? We don't know this. 'As a result of' what? Of the Great Leap Forward or the weather or a complex interaction between under-development, policy and natural conditions? I just think there just is not enough objective research around about the Great Leap Forward to make the type of rather sweeping statements made in this leaflet.

Thanks for your comment, that was why I put the additional links in to your and others work on the question.