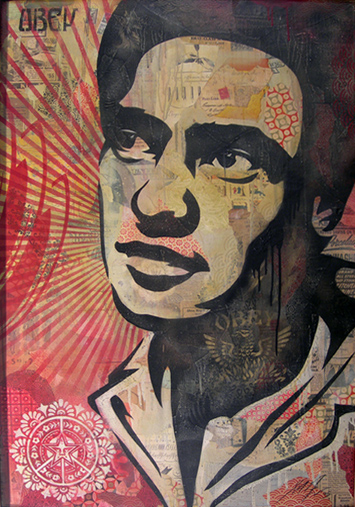 Democracy and Class Struggle is revisiting the writings of Brother Huey Newton and trying to use his interpretation of Dialectical Materialism rather than Historical Materialism to understand the class struggle and contradictory social processes today.


We take the view of Kevin Rashid Johnson
"We realize that the lumpen are our brothers and sisters, and we do not desire to make war on them, rather we look upon their wrong ideas and lack of understanding as loads upon their backs, and we endeavor to help them cast them off. “Cure the sickness to save the patient,” is our goal".


There was a debate in our pages about the Lumpen Proletariat and we found the ideas of Kevin Rashid Johnson helpful in that regard but we still feel Huey Newton has provided us food for thought and debate when he said in his Boston College speech in 1970.


"If revolution does not occur almost immediately, and I say almost immediately because technology is making leaps (it made a leap all the way to the moon), and if the ruling circle remains in power the proletarian working class will definitely be on the decline because they will be unemployables and therefore swell the ranks of the lumpens, who are the present unemployables. Every worker is in jeopardy because of the ruling circle, which is why we say that the lumpen proletarians have the potential for revolution, will probably carry out the revolution, and in the near future will be the popular majority. Of course, I would not like to see more of my people unemployed or become unemployables, but being objective, because we’re dialectical materialists, we must acknowledge the facts".


Speech at Boston College, 18 November 1970
Power to the people, brothers and sisters. I would like to thank you for my presence here tonight because you are responsible for it. I would be in a maximum-security penitentiary if it were not for the power of the people.
Chairman, for Ericka Huggins, for Angela Davis, for the New York 21 and the Soledad Brothers. For all political prisoners and prisoners of war. On the 28th and 29th of November we will have a People’s Revolutionary Constitutional convention in Washington, D.C. We cannot have that convention if the people do not come. After all, the people are the makers of world history and responsible for everything.
How can we have a convention if we have no people? Some believe a people’s convention is possible without the people being there. As I recall, that was the case in 1777.
Tonight, I would like to outline for you the Black Panther Party’s program and explain how we arrived at our ideological position and why we feel it necessary to institute a Ten-Point Program. A Ten-Point Program is not revolutionary in itself, nor is it reformist. It is a survival program. We, the people, are threatened with genocide because racism and fascism are rampant in this country and throughout the world. And the ruling circle in North America is responsible. We intend to change all of that, and in order to change it, there must be a total transformation. But until we can achieve that total transformation, we must exist. In order to exist, we must survive; therefore, we need a survival kit: the Ten-Point Program. It is necessary for our children to grow up healthy with functional and creative minds. They cannot do this if they do not get the correct nutrition. That is why we have a breakfast program for children. We also have community health programs. We have a busing program. We call it “The Bus for Relatives and Parents of Prisoners,” We realize that the fascist regime that operates the prisons throughout America would like to do their treachery in the dark. But if we get the relatives, parents, and friends to the prisons they can expose the treachery of the fascists. This too is a survival program.
We must not regard our survival programs as an answer to the whole problem of oppression. We don’t even claim it to be a revolutionary program. Revolutions are made of sterner stuff. We do say that if the people are not here revolution cannot be achieved, for the people and only the people make revolutions.
The theme of our Revolutionary People’s Constitutional Convention is “Survival Through Service to the People.” At our convention we will present our total survival program. It is a program that works very much like the first-aid kit that is used when a plane falls and you find yourself in the middle of the sea on a rubber raft. You need a few things to last until you can get to the shore, until you can get to that oasis where you can be happy and healthy. If you do not have the things necessary to get you to that shore, then you will probably not exist. At this time the ruling circle threatens us to the extent that we are afraid that we might not exist to see the next day or see the revolution. The Black Panther Party will not accept the total destruction of the people. As a matter of fact, we have drawn a line of demarcation and we will no longer tolerate fascism, aggression, brutality, and murder of any kind. We will not sit around and allow ourselves to be murdered. Each person has an obligation to preserve himself. If he does not preserve himself then I accuse him of suicide: reactionary suicide because reactionary conditions will have caused his death. If we do nothing we are accepting the situation and allowing ourselves to die. We will not accept that. If the alternatives are very narrow we still will not sit around, we will not die the death of the Jews in Germany. We would rather die the death of the Jews in Warsaw!
Where there is courage, where there is self-respect and dignity, there is a possibility that we can change the conditions and win. This is is a possibility that we can change the conditions and win. This is called /revolutionary enthusiasm/ and it is the kind of struggle that is needed in order to guarantee a victory. If we must die, then we will die the death of a revolutionary suicide that says, “If I am put down, if I am driven out, I refuse to be swept out with a broom. I would much rather be driven out with a stick because if I am swept out with the broom it will humiliate me and I will lose my self-respect. But if I am driven out with the stick, then, at least, I can claim the dignity of a man and die the death of a man rather than the death of a dog.”