Egypt : Ilkhwan to pay for their bloc with the army by Wilhelm Langthaler 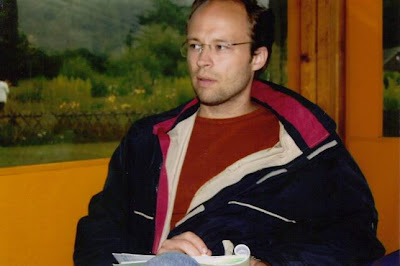 Generals sacrifice Mubarak’s right hand to get rid of Islamist frontrunners
by Wilhelm Langthaler
In the run-up to the presidential elections in Egypt major revulsions keep precipitating.
By end of March the Muslim Brotherhood (MB) eventually had nominated their presidential candidate Khairat el Shater. This ran against their original claim of refraining to contest the elections. El Shater is rich businessman and associated with the conservative wing of the Ilkhwan.
Then came in Omar Suleiman, the highest ranking torturer of Mubarak, who had been nominated by the pharaoh himself as his successor. This caused a major upheaval in Egypt public opinion.
Meanwhile the judiciary had dissolved the constitutional commission as not being representative of the Egypt people. Thanks to their parliamentary majority the different Islamist factions were de facto able to take full control of the commission. All other forces had withdrawn their participation protesting against the Islamist dominance.
Eventually the electoral commission decreed the exclusion of ten candidates among whom there the frontrunners Suleiman himself, el Shater as well as the down-to-earth Salafi Hazem Abu Ismail.
As an immediate reaction the MB as well as the Salafi current of Abu Ismail had called for Friday, April 13, for the first major mobilisation on the Tahrir since months. The left refused to participate as the Ilhwan had been for nearly one year in alliance with the SCAF against the Tahrir. They on their turn called for a major mobilisation on Friday, 20th April. The different Islamists could not do other than to join in, despite significant opposition from the Tahrir milieu generating also conflicts on the ground. As a consequence there were seven platforms within the rally displaying these differentiations. Nevertheless it was the first time since the ouster of Mubarak that Ilkhwan and Tahrir participated together in the same demonstration.
It is therefore not by accident that Al Jazeera (close to the MB) reported a turnout of only tens of thousands while the pro-Tahrir Al Quds al Arabi spoke of two million participants.
Failed army test balloon with collateral use
If there is a figure symbolizing the ancien regime then it is Omar Suleiman. To field him as a presidential candidate must have triggered public outrage. Even the powerless parliament, without any constitutional function but to name the constitutional commission, voted on a draft law banning figures associated with the old regime from running for presidency. Much more important, major mass mobilisations have been in the making forcing also the Islamist forces including the Ilkhwan out of their bloc with the SCAF.
All of a sudden the generals pulled the brake and the electoral commission banned Suleiman from participating. But there were major strings attached. They excluded not only him but along Suleiman two frontrunners, namely the Muslim Brother el Shater and the Salafi Abu Ismail. If this move did not imply a setback for themselves, one could suppose that Suleiman was sent from the very start into the presidential race as a gambit to be sacrificed in the right moment.
In this way the SCAF chased away their most important rivals and still got Amr Mousa within the race. Their even thus succeeded to move his appearance a bit away from the old regime. He will play the card on which also Suleiman was betting: security, stability and warding off Islamism.

The Ilkhwan’s predicament
Back in autumn the MB was able to score a landslide victory in the parliamentary elections against the Tahrir’s street protest movement. The revolutionaries argued that the parliament under continued military rule was only decoration. Therefore they demanded first the withdrawal of the junta to be completed and then elections should be held. Only in this sequence democratic proceedings could be secured. But the passive majority yearned for elections at any cost and under any conditions. The MB sold their victory as a further step of their soft and painless transition to civil rule.
Actually the warnings by the Tahrir people were proved right. The co-operation of the MB with the SCAF let to the stabilisation and prolongation of the junta’s rule. Significant parts of the people including the Ilhwan’s electorate started to understand these dynamics and turned away from them. Because also for their constituencies to end military rule is of great importance.
The technical details of the exclusion of el Shater exemplify where the tactics of the MB lead to. It was them to vote for the referendum designed by the SCAF keeping the old constitutional framework. Their hope for a share of power made them desist from reforms like the rehabilitation of Mubarak’s victims and the abrogation of the repressive laws. Now the judiciary banned el Shater as being a former political prisoner.
The MB is facing adverse winds not only from the side of the military and the left but also from the very widely differentiated Islamist milieu itself. With Abu Ismail a very popular Salafi figure has been rallying support mainly among the poorest layers of society. Today they are also on the street against the SCAF refusing the leadership of the MB.
If the MB does not want to loose its central role in post-Mubarak Egypt they need to participate in the mass movement or at least refrain from confronting the Tahrir. And they will be forced to loosen their de facto bloc with the junta. Otherwise both their Islamist rivals and to a lesser extent the left will eat away from their sphere of influence.
Regarding the upcoming elections the MB has still the head of their Freedom and Justice Party, Mohamed Mursi, in the field. But few believe that he can make it. Their second option would be to withdraw Mursi and to embrace Abdel Moneim Aboul Fotouh, whom they kicked out of the MB for running against their will. He used to represent the liberal wing of the Ilkhwan who also kept a channel to the Tahrir. But such a U turn could also be interpreted as a weakness.
From whatever side one looks at it, it is quite obvious that the MB will have to pay a bill for their co-operation with the SCAF against the democratic popular movement. That does, however, not mean that they are finished. Their popular credit and their political capital accumulated in decades are too large to be spent within a few months. In the same way as their relation to the army will be uneven it will be with the US. Twists and turns are to be expected maintaining their constituencies. Their recent participation on the Tahrir is one of them.
Revolutionary magma still hot
The heavy storm of protest caused by Suleiman’s candidature eventually leading to the weakening of the Ilkhwan’s alliance with the junta indicates that the democratic popular movement is alive and kicking. The massive Tahrir rally of April 20 was not only directed against Suleiman, Mousa and other henchmen of the old regime, but demanded also the withdrawal of the SCAF – taking up the struggle on the eve of the parliamentary elections. While the MB asks for the reinstatement of their constitutional commission the Tahrir people demand a constituent assembly chosen by general elections and not by the parliament. Only later on presidential election could be useful. First the SCAF must go. This position is in strong contrast to the MB which regards the presidency as the key solution.
The Tahrir is absolutely right to insist on deposing the SCAF as the central task. The popular movement will gain few from the presidential elections. Even more as with the parliamentary elections the Tahrir was not granted the procedural possibilities to contest. Furthermore nobody knows which role the future president ought to play.
But the run-up also shows the troubles of the fragile alliance of SCAF and MB. It is quite likely that neither Mousa nor Mursi will make it. For Fotouh there are better chances. To a certain extent he is accountable to the Tahrir. That does not mean that he will not be absorbed into the system, but at higher costs. His possible victory will, however, not be a bad token for the movement. But also the candidate of the historic left, the Nasserite Hamdeen Sabahi, might take a significant vote share.
It is therefore absolutely wrong to speak of an “Islamic winter” or of the reproduction of US rule in other forms. The popular movement is consolidating, remains a decisive factor and the game keeps open with many rounds still to come.