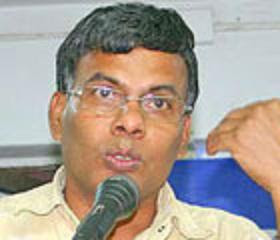 The central secretariat meeting of the United CPN (Maoist) has decided to hold discussion with experts and political analysts next week to seek solution of the party's troubled Madhes state committees.

The central secretariat concluded Friday that there is problem with the party organisation in Abadh, Bhojpura and Mithila sub-state committees, whose in-charge Matrika Yadav recently announced to launch a new party .

A separate team of Madhes-based lawmakers will be constituted to study the situation in Terai districts.

The meeting, however, remained undecided whether to relieve its senior leader Dr Baburam Bhattarai from all party roles and promote him as deputy prime minister in the coalition government and replace his role as deputy leader of the parliamentary party by Narayan Kaji Shrestha, but it decided to dissolve the Revolutionary People's Council led by Bhattarai. Dr Bhattarai did not attend the meeting.

Upholding the decision of the central committee, Narayan Kaji Shrestha has been given the responsibility of the parliamentary front. Likewise, the secretariat decided to spearhead a nationwide campaign to strengthen the party's organisation. The organisational bureau will finalise the campaign strategies Saturday.

But the meeting failed to reach any consensus on the proposed 'party headquarter', which will act as the top commanding body of the party
Posted by nickglais on 1/24/2009 05:49:00 AM