90th Anniversary of the death of Rosa Luxembourg and Karl Liebknecht 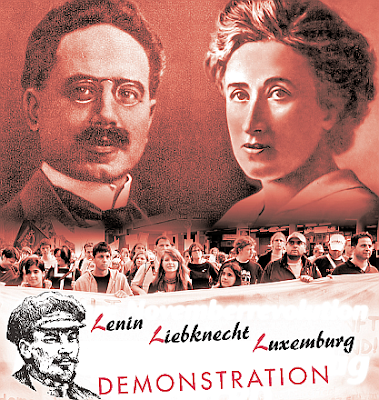 Exactly 90 years Rosa Luxemburg and Karl Liebknecht leaders of the November revolution in Germany were murdered. They founded the German Communist Party and afterwards in were killed in January 1919

Lenin, the great leader of the successful socialist revolution in Russia died five years later has a consequences of an attack. This commemoration has become is Europe's largest demonstration for socialism.

Saturday, 10 January is a rally through the city of Berlin followed by evening and overnight. On Sunday, 11 January after the demonstration and rally at the memorial .