New Communist Party of Italy extract from "Let's dedicate the new year to the second wave of proletarian revolution!" 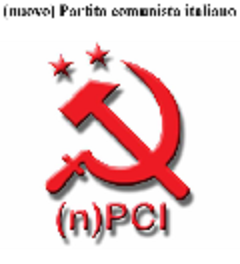 Many countries are already moving towards extraordinary political and social changes, which are favoured and imposed by the emergency conditions that the general crisis creates everywhere in the world.

The communist movement's rebirth and the action of strong and advanced communist parties will accelerate them and make them easier, less painful and destructive. The revolt that in Greece for several days shakes the authority is an example of what will happen in other countries. The mobilization of workers, students, women and in general of the popular masses is growing also in our country and confirms that the road which we show is right and possible, that the popular masses are moving on it.

One crucial issue for carrying out a right politics in the next months, is that we Communists accustom ourselves to idea that certainly in the near future there will be extraordinary changes in the political system of our country as in many other countries.

It is hard for everybody to understand and believe that during this crisis there will be a break in the political regime of our country; that will fail the institutional continuity by which a government follows another, respecting the established forms and the authorities who preside there officially (President of Republic, Parliament) and de facto (the Vatican, USA, criminal organizations, Italian Manufacturers' Association, etc.) and it is formed by long time politicians (the members of the Christian Democratic regime had large room in all governments of the Berlusconi's gang and for the rest they were representatives of the "civil society", namely approved and devoted men of imperialist bourgeoisie, clergy and the other ruling classes or even their employees).

It will be hard to believe that it will be formed a political system that will break with the ongoing one which dates back to the end of the Antifascist Resistance, when in our country the current Pontifical Republic was established.

We are accustomed to political continuity, we have lost every experience and conception of break. For over 60 years in our country there has been a formal continuity in the political field. In Western Europe, after the Second World War, we had few experiences of breaks of the formal continuity of politic regimes: they were cases where in a country it was imposed a government formed out of the regular procedures, but that was imposed by the need to face an emergency situation.

So we have not experience of political breaks. The political breaks that there were in the late '80s in Eastern Europe and in USSR, in the first socialist countries, belonged to another world.

It seems to us so unlikely, we can not imagine that the final phase of second general crisis of capitalism leads and will cause a formal discontinuity in the political system of our country and in general in political regimes of imperialist countries.

We think that until 2013 there will be this government (the government of Berlusconi's gang), unless it resigns and that the Republic's President dissolves the Chambers and indicts new elections, to which there will be present more or less the same parties that are in field already today and then some of them will form the next government. The whole political propaganda and culture of the regimes exclude the possibility of an emergency government from the number of events we may think real. Instead the break of continuity of the political regime is not only realistic and possible, but it is inevitable. In fact there is no other way to get out from the economical crisis in which we are plunged and that has entered in its final stage.

We Communists we have to accustom ourselves to the idea of a traumatic break of the political system, we have to propagandize it in our ranks and outside (among the advanced workers and the advanced elements of the other classes of popular masses, among the auxiliary and intermediate organizations), we have to get ready to drive the political crisis in the direction and towards the result of the formation of a government of People's Block, namely towards the formation of a government formed by workers and people's organizations. Communists have to do this now.

Democracy and Class Struggle holds in high regard the New Communist Party of Italy and agrees with their characterisation of this period as a new General Crisis of Capitalism something which still has not penetrated many on the Left which still uses the vocabulary of economic recession.