2009: A Single Spark Can Start a Prairie Fire 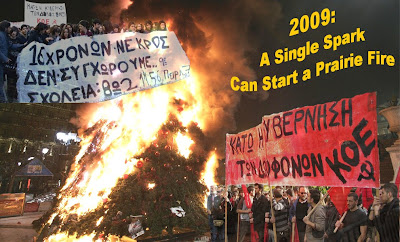 From Communist Organisation of Greece

The Greek youth and the working people are saying farewell to 2008 in a combative way: demonstrating against the Zionist genocidal aggression and the USA-EU complicity, and preparing the first new popular rallies of 2009 against the criminal Greek government.


We salute all the fraternal Parties and Organizations, all the revolutionary and liberation Movements, the Peoples of the whole world – Let’s transform 2009 into a year of even more powerful revolts, let’s shaken this rotten and genocidal imperialist- capitalist system, let’s prepare the future!