General Secretary Ahmad Sa'adat: Turn Gaza into a graveyard for the occupation soldiers 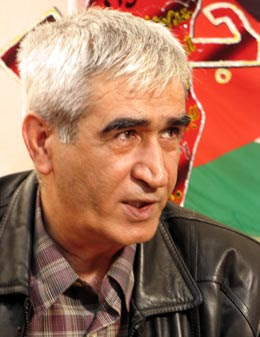 General Secretary: Turn Gaza into a graveyard for the occupation soldiers
Comrade Ahmad Sa'adat, the imprisoned General Secretary of the Popular Front for the Liberation of Palestine, issued a statement from his prison cell on January 5, 2009, calling for Gaza to be turned into a graveyard for the occupiers and for the Palestinian resistance to unite and strike the occupation everywhere they can in order to defeat the enemy.

A statement from Palestinian political prisoners inside Israeli jails was issued last night, signed to by all national and Islamic forces, calling for steadfastness in front of the Israeli crimes and massacres in Gaza and for unity in the battlefield in the struggle.
Posted by nickglais on 1/06/2009 03:49:00 AM