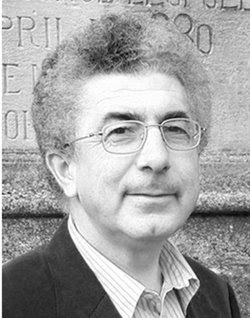 Oxford professor Avi Shlaim. He served in the Israeli army in the mid-1960s and is widely regarded as one of the world’s leading authorities on the Israeli-Arab conflict

AMY GOODMAN: Professor Avi Shlaim, Israel says the reason it has attacked Gaza is because of the rocket fire, the rockets that Hamas is firing into southern Israel.

AVI SHLAIM: This is Israeli propaganda, and it is a pack of lies. The important thing to remember is that there was a ceasefire brokered by Egypt in July of last year, and that ceasefire succeeded. So, if Israel wanted to protect its citizens—and it had every right to protect its citizens—the way to go about it was not by launching this vicious military offensive, but by observing the ceasefire.

Now, let me give you some figures, which I think are the most crucial figures in understanding this conflict. Before the ceasefire came into effect in July of 2008, the monthly number of rockets fired—Kassam rockets, homemade Kassam rockets, fired from the Gaza Strip on Israeli settlements and towns in southern Israel was 179. In the first four months of the ceasefire, the number dropped dramatically to three rockets a month, almost zero. I would like to repeat these figures for the benefit of your listeners. Pre-ceasefire, 179 rockets were fired on Israel; post-ceasefire, three rockets a month. This is point number one, and it’s crucial.

And my figures are beyond dispute, because they come from the website of the Israeli Foreign Ministry. But after initiating this war, this particular table, neat table, which showed the success of the ceasefire, was withdrawn and replaced with another table of statistics, which is much more obscure and confusing. Israel—the Foreign Ministry withdrew these figures, because it didn’t suit the new story.

The new story said that Hamas broke the ceasefire. This is a lie. Hamas observed the ceasefire as best as it could and enforced it very effectively. The ceasefire was a stunning success for the first four months. It was broken not by Hamas, but by the IDF. It was broken by the IDF on the 4th of November, when it launched a raid into Gaza and killed six Hamas men.

And there is one other point that I would like to make about the ceasefire. Ever since the election of Hamas in January—I’m sorry, ever since Hamas captured power in Gaza in the summer of 2007, Israel had imposed a blockade of the Strip. Israel stopped food, fuel and medical supplies from reaching the Gaza Strip. One of the terms of the ceasefire was that Israel would lift the blockade of Gaza, yet Israel failed to lift the blockade, and that is one issue that is also overlooked or ignored by official Israeli spokesmen. So Israel was doubly guilty of sabotaging the ceasefire, A, by launching a military attack, and B, by maintaining its very cruel siege of the people of Gaza.