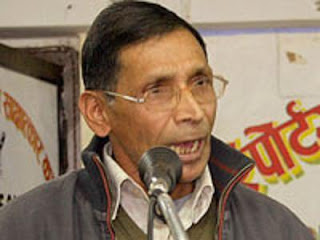 Even as CPN (Maoist) has already expressed commitment to return private and public property it seized during the insurgency period, a senior leader of the former rebel party has said that "the captured houses and properties of feudalists will not be returned".

Head of CPN (Maoist) all-powerful Organisation Department Mohan Baidya said that there will be no compromises on this matter as the party had chiefly waged the people's war to end feudalism.

This remark by Baidya who is considered a party hawk and heads a radical faction inside the party comes a day after Prime Minister and party chairman Pushpa Kamal Dahal assured that the properties seized by the Maoists will be returned within the next 90 days.

He carefully hinted that the understanding reached with Nepali Congress (NC) Thursday was a sham, saying that it was the "same old one" having"nothing new in it".

Baidya, who was speaking at an interaction program organized by Reporters Club in Butwal, also informed that the land properties belonging to"feudalists" will be distributed among poor people by formulating appropriate laws.

Stating that his party holds the people above everything else and that includes the government, he warned that in order to ensure the rights of the people the party can even walk out of the government and "go to the people" any time
Posted by nickglais on 1/02/2009 09:38:00 AM