Denounce the Crimes of the U$-Zionists! Solidarity with our Palestinian Brothers and Sisters! 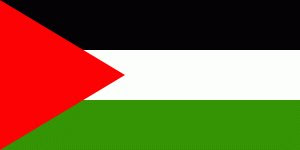 On behalf of New Afrikan working and struggling masses of the hells of North Amerika the Poor Righteous Party of the Black Nation denounces the recent terrorist attacks against the Palestinian people of the Gaza by the fascist corrupt Israeli government and army.

We stand in solidarity with the resistance of the oppressed Palestinian people fighting for the immediate removal of menacing imperialist Israel from Palestinian soil.

The Zionist state of Israel, which since its illegitimate establishment in 1948 as a military outpost for U.S. imperialism in the oil-rich Middle East, is the principal source of all violence and chaos in the region.

The PRPBN call for the long overdue return of the stolen land to the heroic people of Palestine. The just struggle of the Palestinian people is part and parcel of the new great wave of World Proletarian Revolution.

The correct position of all Black proletarian revolutionaries in the US must be one of firm support for the Self Determination for the Palestinian people, their National and anti-imperialist Islamic forces battling Israeli Occupation and the regaining of their stolen land, so that they may build a future of peace, abundance and social justice for their people.

Support the Palestinian People and the Total Liberation of all of Palestine from River to Sea!The Immense Crimes of Imperialism All over the World Will Not Go Unpunished!Intifadha Until Victory!African People and all Oppressed Peoples of the World Unite!