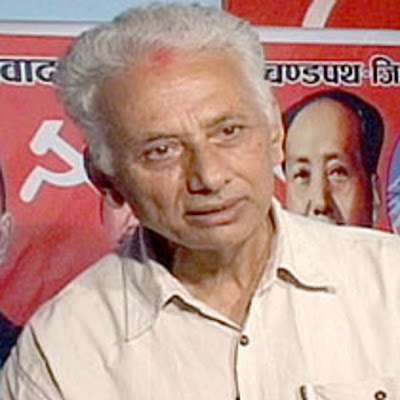 CPN (Maoist) foreign affairs bureau chief C.P. Gajurel, has reiterated that another phase of movement is required in Nepal for establishment of People's Republic.

He asked the party workers to get ready for final show to turn Nepal into a Peoples Republic saying the current form of republic cannot address the grievances and miseries of the people.

Addressing the gathering of Maoist-affiliated government employees in Sindhuli Friday, Gajurel claimed the final war could start any time.

Gajurel sided with Mohan Baidya at the recent party gathering in which there was debate on the political line – People's Republic or democratic republic.
Posted by nickglais on 1/09/2009 01:21:00 PM