Popular Front for Liberation of Palestine on "Ceasefire" 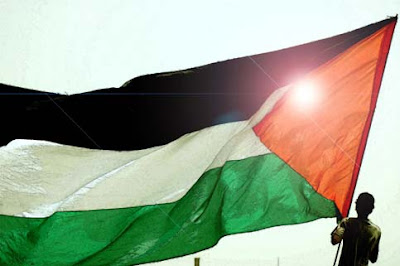 PFLP: Our position on the "ceasefire," "calm" and the weapons of the
resistance

The Popular Front for the Liberation of Palestine reaffirmed on
January 18, 2009 its position on the so-called "ceasefire," stating
that the PFLP regards with the utmost respect the decision of our
brothers and sisters in the resistance of declaring a one-week
ceasefire with the enemy. As we share in the declaration of victory
with all of our people today, we want to reaffirm our rejection of any
ceasefire and the politics of the so-called "calm".

We have continually opposed the politics of "calm," because it
presents an opportunity and yet another false justification for Israel
to attack our people and increases the pressure on the resistance from
all of the forces in the enemy camp - not only Israel's military
assaults, but also the political pressure and attacks from Arab
regimes, the European Union, the United States and the so-called
"Quartet." The politics of "calm" becomes a trap for the resistance
that we should always seek to avoid, since occupation itself is an act
of aggression. Our people have the right to resist, as an occupied
people, and while the resistance can make tactical decisions about how
to wage that struggle, we can never allow that decision and
determination to become a weapon in the hands of our enemies.

Elements of the enemy ground forces remain in Gaza and the siege has
not been ended, nor have the crossings, particularly Rafah crossing,
been opened. The enemy did not declare the end of its naval siege and
their air force continues to invade our skies, in an attempt to create
fear and terror among our people who have given over 1300 martyrs in
the past 3 weeks, as well as over 5000 wounded, amid the destruction
of over 4000 homes, entire neighborhoods, and much of our civil
infrastructure in Gaza. The borders have not been opened, and at all
crossings, particularly the Rafah crossing, goods intended for our
people are waiting for safe and secure passage.

The enemy is trying to achieve by political means what it could not
achieve by military means. It failed, despite its scorched-earth
tactics and its massacres of our people, to eliminate our resistance
or crush the steadfastness of our people. Now, it is trying to cover
its failure with the Livni-Rice agreement with the United States - an
agreement that is not worth the paper it is written on. The PFLP is
making clear with this position that our people and our resistance
will not give up our rights or our arms, and that, in fact, this
latest aggression is only going to strengthen our determination to
build our resistance and the capabilities of our forces.

In addition, the summit of Sharm el-Sheikh between the Europeans and
some Arab regimes represents a threat to the entire Arab world and is
a symbol of an attempt to revive colonialism in the Arab world.
"Monitoring" the Egyptian-Palestinia n borders only means that there is
no sovereignty in the Arab world, neither in Egypt nor in Gaza, and
that these colonial powers and their forces are returning to our
region. Sovereignty is a critical question and differentiates a free
people and nation from one that is under the boots of colonialism and
occupation. The use of the term "smuggling of weapons" is yet another
method of turning our national cause into a "security question" and is
an attempt to make the weapons of the resistance of our occupied
people illegitimate. The right of a people under occupation to resist
through all means, including armed struggle, is fundamental and
inviolable, and we will not allow our rights to be liquidated under
the slogan of "security" or "stability."

The PFLP has engaged in the battlefield with our brothers and sisters
in all organizations of the resistance from the beginning of the
aggression on December 27, 2008. We have shared in this battlefield
and we continue to share the bread and bullets in order to fight our
common vicious Zionist enemy and those who back our enemy. The PFLP
was the first to launch a missile against the enemy forces in this
aggression and we will be on the front lines chasing the enemy as it
retreats from the last centimeter of the Gaza Strip.

Glory to the martyrs! Victory to resistance! Long live the Palestinian
people and the Arab nation! Long live international struggle and
solidarity!
Posted by nickglais on 1/18/2009 11:54:00 PM