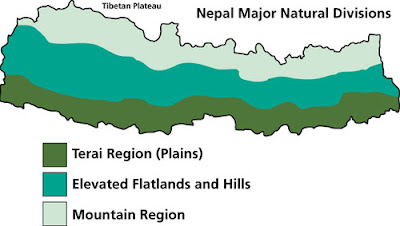 Addressing the gathering called by the Unified Communist Party of Nepal (Maoist) (UCPN-M) on charting out new strategies for Terai to reestablish its power, Prime Minister Dahal, who is also the chairman of the party, claimed the foreign powers are playing with the fluid situation in southern districts.

The UCPN-M called for wider discussion on Terai issues in a bid to address the grievances and increasing dissidence in recent years. The gathering includes party's central leaders, members from state committees and party-near intellectuals -- all from Madhesi community.

Terai is the plain area in south Nepal, where most of the Madhesi people, socio-culturally close to neighboring Indians, reside.

Concluding that some of the Terai-based groups have been instigating unrest in the south without concern for national interests, the UCPN-M has called for broader consultation on the issue.

Speakers at the consultation underlined the failure of the UCPN-M to keep up its influence in Terai in past years. They have also expressed concern that movements across the country, including that in Terai districts, have been diverted to ethnic demands instead of class struggle.

The speakers suggested the party to ensure proportional representation of the Terai community in bureaucracy, commissions, government media and other sectors and to declare a few well known personalities from Terai districts as national heroes to win the support from the south.

The consultation is expected to chart out strategies for strengthening the Prime Minister's UCPN-M's hold in Terai districts.
Posted by nickglais on 1/30/2009 12:43:00 PM