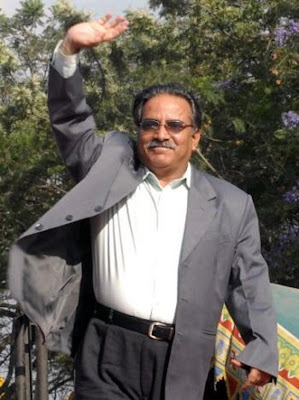 He had flown to India on September 15 leading a 44-member delegation in what he claimed as his first "political visit".

On Wednesday, a 22-point joint press statement was issued by the two countries following a meeting between the Prime Ministers of Nepal and India with both sides noting their deep ties and pledging to expand them in future.

In the joint statement the Indian government has agreed to provide Rs 320 million as immediate relief to flood -affected people in Sunsari and Saptari district and also pledged to rebuild a segment of the East-West highway, damaged in the recent Saptakoshi deluge.

India also pledged to provide credit of to Rs 2.4 billion to Nepal for the next three months to ensure uninterrupted supply of petroleum products. Similarly, India also agreed to implement the Naumure hydro-electric project on the Rapti River.

The same day, PM Prachanda traveled to south Indian city of Bangalore to observe the rapid development of Information Technology.