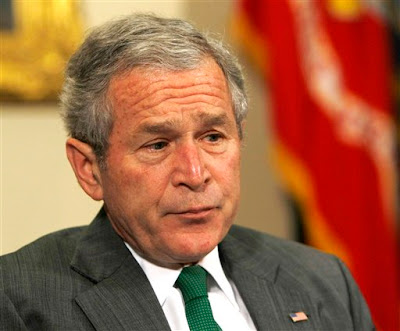 By Suresh Nath Neupane of Kantipur

ATLANTA, Sept 23 - Prime Minister Prachanda on Monday night met with US President George W Bush at a reception hosted in New York on the occasion of the United Nations General Assembly.

According to the Ambassador to the UN for Nepal Madhu Raman Acharya, during his brief meeting with PM Prachanda , President Bush vowed that Washington will help Nepal for the political transformation.

"President Bush said that he was aware of the political transition undergoing in Nepal and pledged that the US would help Nepal in this transformation as much as it can," Acharya quoted PM Prachanda as saying.

PM Prachanda told President Bush that Nepal had came to a long way on the political transformation and would seek the US help in achieving a speedy economic reform.

During their face-to-face meeting, the leaders duo were reported to have discussed the bilateral relations between Nepal and the US.

First lady Laura Bush and the PM's wife Sita Poudel were also present at the meeting.

The meeting marks significance as the former rebel Maoists have not been removed from the US list of terrorist organisations list despite their transformation to the mainstream politics.

He is scheduled to address the General Assembly the morning of September 26. He is also scheduled to meet with UN Secretary General Ban-ki-Moon.