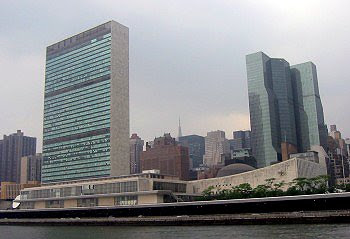 Prime Minister Prachanda left for New York Saturday afternoon to take part in the 63rd session of the general assembly of United Nations.

This is Prachanda's third foreign visit since he took office as the first prime minister of republican Nepal on August 15. He has already visited the two immediate neighbours, China and India.

On his way to the US, PM Prachanda will hold a meeting with Nepali ambassadors to European countries, in Frankfurt of Germany.

In New York, the PM will participate in separate receptions to be hosted by US President George W. Bush and UN secretary general Ban Ki-moon. He will address the general assembly on Sept 26.

Additionally, he will attend programmes organised by The Asia Society and India China Institute and will take part debates on millennium development goals and hunger and poverty.

The PM is visiting the US even as the Bush administration has not yet removed his party, CPN (Maoist), from its 'terrorist exclusion list'. It is believed that his meeting with the US President will be a turning point in the relations between the US and Nepali Maoists, which have never been cordial.
Posted by nickglais on 9/20/2008 04:39:00 AM