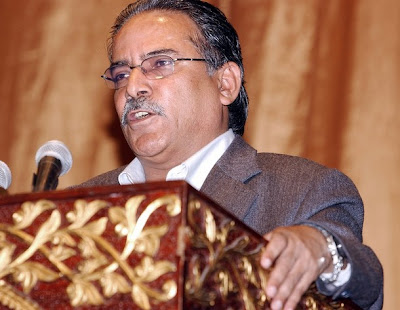 Prime Minister Prachanda, who is currently in the US to attend the United Nations General Assembly, has tried to assure the world leaders of his government's commitment to democracy and adopt liberal economy.

According to Reuters, PM Prachanda while making a speech in New York said he wanted to clarify his month-old government's plans to take the country to the path of development.

He attempted to assure the skeptics who fear one-party communist rule in Nepal as the former rebellions lead the government.

"There is serious confusion and misunderstanding about our overall position in terms of economic development," he told the gathering of Asia Society, adding, "We are not fighting against the capitalistic mode of production."

He further said government was committed to the peace process and to democracy, while trying to raise living standards of the people.

"We are in a democratic phase and we are going to apply the democratic form of government -- it is quite clear," he added.

PM Prachanda added Nepal is in the path to tap the opportunity from fast growing economies in India and China and to create an environment for rapid growth and distributive justice.
Posted by nickglais on 9/25/2008 12:58:00 AM