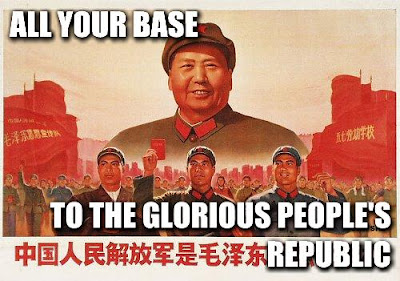 Prime Minister Prachanda has said his party's long term projection is to establish People's Republic in Nepal but repudiated converting the country into "traditional" communist state.

Addressing a function organised by the Nepal-Bharat Janamanch in Delhi Tuesday, PM Prachanda said the constituent assembly would discuss the issue of establishing People’s Republic for the next one and half years, adding his party's ideological conflict with bourgeois and feudalists would continue.

He also sough support from Indian communist groups for establishing a different kind of governance system in Nepal.
Posted by nickglais on 9/17/2008 02:00:00 AM