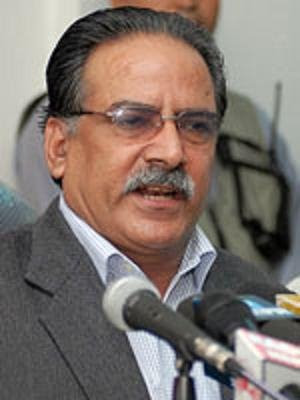 Prime Minister Prachanda has warned that the country will head towards grave crisis if the new government fails, or is brought down prematurely.

"Conspiracy to topple the government is already being hatched," PM Dahal told a delegation of journalists at his official residence in Baluwatar Friday morning, adding, "The failure of the government will shatter the aspirations of the people, and such a general frustration will lead the nation to grave crisis."

"Some people are talking about brining down the government in three months...six months," Prachanda said alluding to a recent comment by Nepali Congress president and former Prime Minister Girija Prasad Koirala that the Maoist-led government would not last more than six months.

Saying he was determined to fulfill the promises he made to the people, PM Prachanda also urged all including the media fraternity to help the government in achieving its three primary goals - bringing the peace process to a logical end, writing new constitution and bring about economic prosperity
Posted by nickglais on 9/05/2008 01:02:00 AM

The failure of the government will shatter the aspirations of the people, and such a general frustration will lead the nation to grave crisis.