China has announced a military aid of NRS 100 million (over $1.3 million) for Nepal, 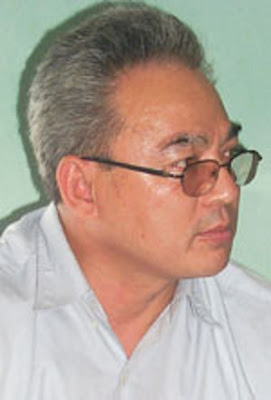 Kathmandu, Sep 27 (IANS) Nepal’s northern neighbour China has announced a military aid of NRS 100 million (over $1.3 million) for Nepal, the first military aid received by the new Maoist-led government of the Himalayan republic.

China’s Minister for Defence Liang Guanglie made the announcement during a meeting with his Nepali counterpart, Maoist Defence Minister Ram Bahadur Thapa ‘Badal’ Friday. Badal is on a visit to China at the invitation of the Chinese defence ministry to observe military exercise ‘Warrior 2008′.

The Russia-educated Badal, who was the military strategist of the Maoists when they were an underground party waging an armed war against the state, is the first defence minister Nepal has seen after a long time.

In the past, the portfolio was held by the prime ministers themselves.

Though Nepal’s official media reported about the military assistance Saturday, it was, however, not specified whether the aid comprised cash or military equipment.

Around last year, when the Indian government sent non-lethal military assistance to Nepal, it created a furore with the Maoists lodging vigorous protests and accusing New Delhi of trying to sabotage the peace process.

Badal, who also met Guo Boxiong, vice-chairman of the Central Military Commission, the apex body in the Chinese armed forces, reiterated his government’s commitment to the One-China policy.

Badal also repeated the assurance given by Prachanda during his visit that Nepal would prevent anti-China elements - meaning mostly Tibetan refugees - from staging anti-China activities on Nepal’s soil.

Indian military officials would be closely watching Badal’s visit. Even though the Indian government says it is unperturbed about Prachanda choosing to visit China before India, the Indian military establishment is wary of Nepal’s China tilt over defence issues.

During King Gyanendra’s government, India took serious umbrage at the royal government going on an arms buying spree and paying the Chinese manufacturers hard cash while ignoring the mounting dues to India for the supply of arms at a high subsidy.

China had been the only neighbourhood country to supply arms to the Nepal army during King Gyanendra’s regime. The weapons were used to combat the Maoist insurgency as well as the pro-democracy movement started by the political parties together with the Maoists and civil society.
Posted by nickglais on 9/27/2008 07:20:00 AM

I have just read a great book by Mobo Gao titled "The Battle for China's Past" which paints a positive impression of the Mao era. You can read it here on the China Book Reviews blog, at:

Much of the discussion seems to be favourably disposed towards Mao, which is good to see.