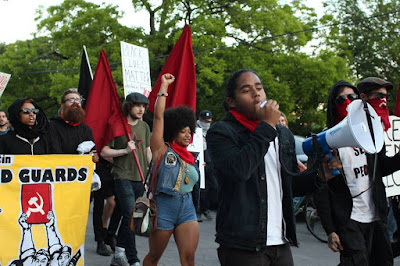 
"Protesters marched down Congress Avenue and turned toward City Hall, ending up on the South 1st Street bridge.

The march turned back toward the Capitol around 8:30 p.m.

Not all those arrested were Red Guards.


Germany in the 1920's was a centre of culture and science by by the 1930's had descended in the pit of bestial Nazism  - will USA follow this path from 2016 or will you stand up and oppose Trumpism ?