The Kurdistan Communities Union (KCK) has issued a written statement in memory of the revolutionary, Fidel Castro, 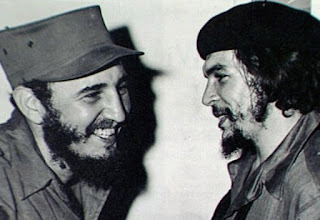 The Kurdistan Communities Union (KCK) has issued a written statement in memory of the revolutionary, Fidel Castro, who died last week.

The umbrella organisation of the Kurdish movement, the KCK, has released a statement commemorating the life of Cuban revolutionary Fidel Castro, who led the small island to a revolution in 1959.

The statement said that the revolutionary spirit of Fidel Castro and his comrades would live on in humanity’s fight for democracy, freedom and socialism.

The Cuban Revolution led by Fidel Castro and Che Guevara has acted as a significant inspiration for the Kurdish Freedom Movement’s struggle. Their revolutionary spirit and their passion for freedom, them challenging tyrants, fascists, dictators and imperialists saying “death come wherever it may” has had important impact in shaping the PKK militancy. Them challenging the imperialist capitalist system as a small country has been a characteristic held as an example by the Kurdish Freedom Movement. Like them, the Kurdish Movement has also proved through practice that no obstacle can stand in the way of the passion for freedom and democracy, and has fought and reached victory, however big the enemy is, and however many obstacles there may be.

Fidel Castro and the people of Cuba have contributed so much to humanity’s history of freedom. In a period during which imperialism and fascism ruled the world, the resistance of the Cuban people and the revolution they realised gave strength to and accelerated the struggles for freedom and democracy for all peoples. And most of all, Fidel has awakened the spirit of freedom for the South American peoples, and turned South America into a region of revolutionary struggle where the struggle for freedom and democracy never wanes.

After South America, the area where Fidel Castro and the Cuban Revolution has had the most effect has been the Middle East. Castro has had an important impact in the development of the revolutionary movements in Turkey and Kurdistan. Fidel Castro and Che Guevara’s militancy and the characteristics of the Cuban Revolution have been a source of courage and morale for peoples under strict oppression.

The internationalist spirit of the Cuban revolution impacted Haki Karer and Kemal Pir’s [PKK's Turkish founders] decision to join the Kurdish Freedom Movement. Our movement and leader Ocalan have never forgotten or shown disloyalty towards any person or movement that has given strength to the development of the struggle for freedom; we will have the same approach to Fidel Castro and the Cuban revolution and will carry on the legacy of this revolutionary and the values he created in our fight for freedom and our revolution.

The revolutionary spirit of Fidel Castro and his comrades will live on in humanity’s struggle for democracy, freedom and socialism and humanity will one day reach the world it yearns for.”