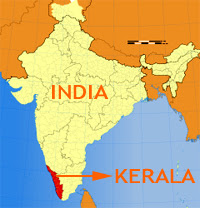 There have been reports confirming the death of two Maoists in an exchange of fire between police and Maoists in Nilambur in Kerala.

Now the news reports suggest that one of them is in police custody. DGP of Kerala has said that the encounter was carried out on the basis of intelligence on the presence of Maoists and that Kerala police have been extremely efficient.

He also added that more details of the encounter will be made public tomorrow after collecting more information.

His statement reveals that police knew exact details regarding Maoist movements in the area. Local residents have not heard any gunshots during the time of the encounter. This strongly indicates a unilateral attack by police and paramilitary forces.

We cannot rule out the possibility of a fake encounter. In these circumstances,  Janakeeya Manushyavakasha Prasthanam demands a judicial inquiry which adheres to the Supreme court directions in the PUCL vs State of Maharashtra case in 2014 regarding fake encounters.

We also strongly demand that the police produce anyone under custody in court without delay. The proceedings of the post mortem examination should be video graphed as per the Supreme Court directions.

Janakeeya Manushyavakasha Prasthanam demands that the relatives of the deceased should be informed of their deaths and the bodies should be handed over to them.


MALAPPURAM: Two top Maoist leaders including a woman were killed in a gunfight with the Thunderbolts, the anti Maoist division of the Kerala Police in the Padukka forest range near Karulai in Nilambur in Malappuram district on Thursday.

The slain naxalites have been identified as Devraj alias Shanker and Anitha. The injured rebel has been named as Soman. Devraj is said to be a central committee member.

The inquests will be conducted on Friday.

The Thunderbolts had launched a combing operation in the wee hours of on Thursday upon receiving intelligence inputs that a few top Maoist cadres were camping in an interior forest. At about noon, they came face to face with a band of Maoists and a gunfight ensued.

According to officials, they were forced to open fire after the combing team came under Maoist attack. "We began combing the forest region following information that a few senior Maoists had sneaked into Kerala from Andhra Pradesh," police sources said.

The Nilambur forest region has been under surveillance after suspected Maoists fired at a police team a month back.

There were also reports that Maoists were frequently interacting with local people at Mundakadavu Colony. Besides, armed cadres organised celebrations in the region in connection with the 12th anniversary of the CPI [Maoist] in the forests of Nilambur.

Maoists also held a march past at Mukkavala on the border with Karnataka and Tamil Nadu. They also released a press note as well as photographs of the celebration to the media
Posted by nickglais on 11/24/2016 09:58:00 AM