Wales : Leanne or Gwenllian ? Devolution dependence or Independence ? Time to speak for Wales

Yr Aflonyddwch Mawr pointed out that the 4th of April 2015 Home Rule Rally in Cardiff was backward looking and lacked the leadership or vision for a genuine struggle for social  and national liberation struggle of the Welsh People. 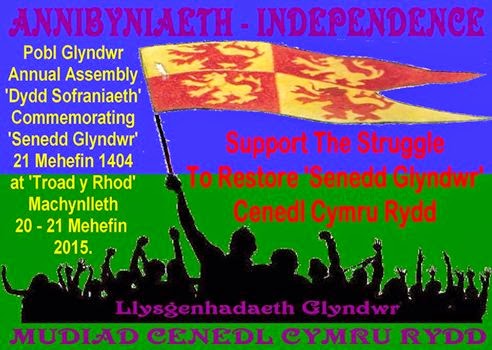 It was that middle of the road approach that Michael Sheen ridiculed that leads nowhere.

When they are to careful not to speak from their hearts sums up Plaid Cymru's the "Party of Power" not  the "Party of Protest" and their managed electability approach to politics..


Therefore when the Plaid Cymru  backed - Yes Campaign in Wales issued the call for Home Rule expressing the desire for Wales not to left behind - we wondered what had happened to the lessons of history.
As Marx said the tradition of all dead generations weighs like a nightmare on the brains of the living.

Plaid Cymru defends the indefensible European Union has it demonstrates its brutal vindictiveness against the national and social rights of the Greek people - with the terrifying consequence of allowing the British Nationalist - United Kingdom Independence Party to ravage the Welsh heartlands rather then being kept the other side of Offa's Dyke.
Marx was right a nightmare weighing on the brains of the living.

The selection of the slogan for the rally of Welsh Home Rule reflects a deep flawed psychology and understanding of both the Welsh people and leadership.

Michael Sheen spoke for the authentic Wales of passion and belief and not the Wales of  blandness and obsequiousness.

Lord Dafydd Ellis Thomas the leader of British "Privy Council" Loyalist wing of Plaid Cymru has recently said that Labour was more in contact with the people than Plaid Cymru  just timed as the general Election commenced to undermine Leanne Wood in his usual obsequious way.

This same man said in the British Houses of Parliament  about Wales that the "principality was created as a form of feudal devolution" and not annexation and there is no "independence project".

How long must Wales put up with the treachery of these Crachhach who not only continually falsify Welsh History but who also falsify the present and  undermine the current struggle for national and social liberation.


Yr Aflonyddwch Mawr constructively criticise Leanne Wood the  Plaid Cymru leader because we want her to be Gwenllian and lead with passion for Welsh Independence.


Speaking at the "shed" is a metaphor for the "Welsh" Home Rulers.

Wales  needs it own House - the Senedd Glyndwr

It needs it own Land - Wales

Forward to the National  and  Social Liberation of Wales

Build a House for our Nation  the Senedd Glyndwr..... 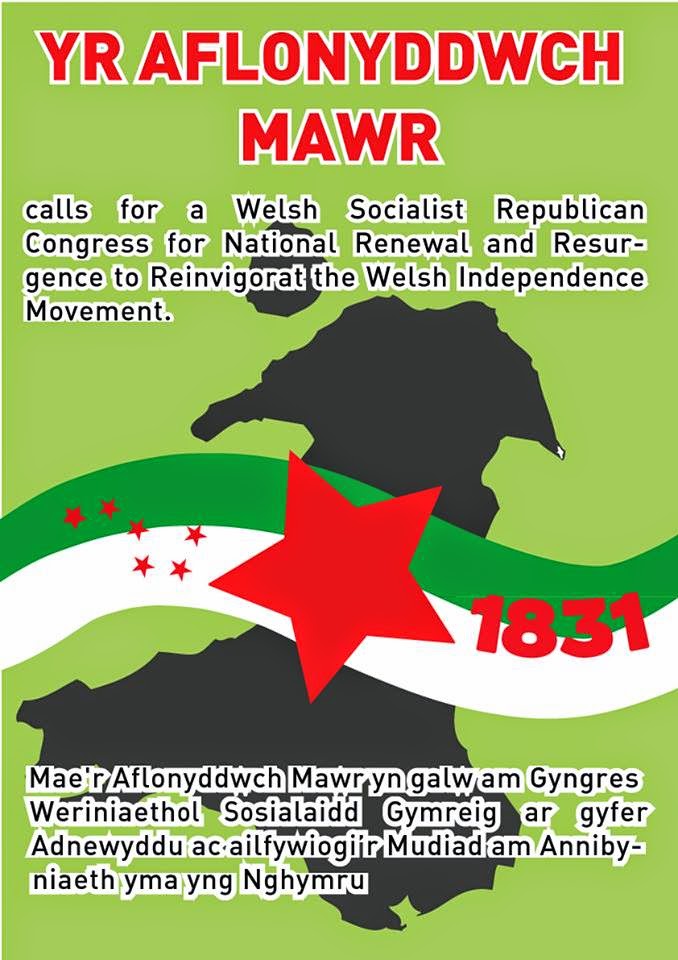